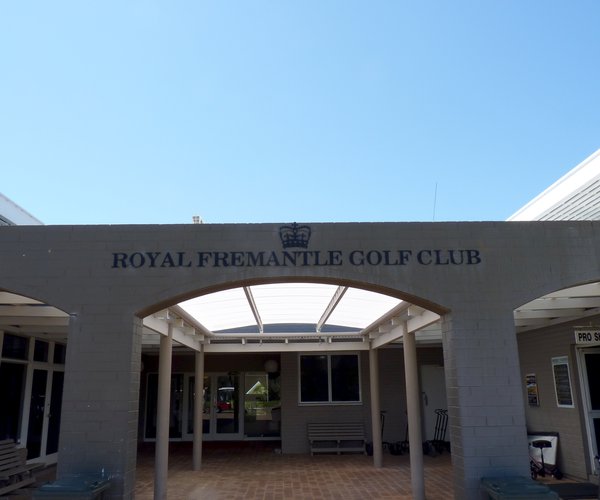 Royal Fremantle Golf Club is home to a well-rated and always popular golf course. This tree-lined and open parkland layout should not disappoint, with many attractive features and several excellent holes to enjoy. Plenty of golfing challenge, a well-crafted design and usually good upkeep all contribute to the appeal of this course. One to include on your play list if you are in the area.
List of courses: Around Perth

Royal Fremantle is a private club. Visitors may only play if hosted by a member.

Outside visitor fee not applicable; course exclusively for members and their guests.
Credit cards accepted.

Royal Fremantle Golf Club was the first 18-hole golf course in Western Australia, and still occupies its original site. The course can be tamed on a still day, but when the prevailing sea breeze, colloquially called the "Fremantle Doctor" arrives, usually after midday, the layout becomes much more demanding. | Royal Fremantle is one of eight golf clubs in Australia honoured by exercise of the Sovereign's royal prerogative. George V conferred the Royal title on the club in 1930. The eight Australian 'Royals' are (in order of gaining Royal status): Melbourne, Sydney, Queensland, Adelaide, Hobart, Fremantle, Canberra and Perth. | The Club has hosted many top level tournaments including several Australian PGA championships.