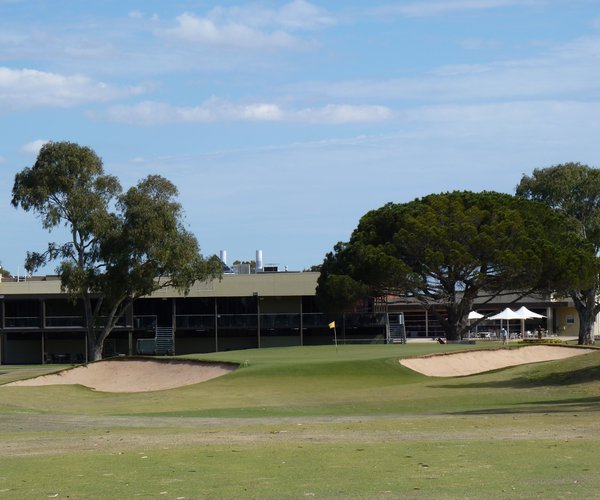 The Grange Golf Club (East course): Separated at one point by just 200 yards from Royal Adelaide Golf Club, it is no surprise to find The Grange Golf Club occupying similar, sand-based, linksy terrain. Here the East and West courses, each laid out in two nine-hole loops, roam across an expansive parkland area, where partly open, partly tree-lined fairways make their way to well-bunkered greens.

The East course is the slightly more recent design, marginally shorter and arguably not quite as impeccably maintained as its companion. It too benefits from firm, fast, links-like fairways, which will feel a tad tighter on some occasions than on the West. Another departure from its companion is the occasional presence of water, not least along the rightside of both the par-5 4th and par-4 5th (known as Crow's Shed), where small wetland ponds dangerously threaten along the rightside of each hole. The par-4 7th and par-3 8th also bring water into play, this time on the leftside.

The terrain here is generally quite flat, with long grassy mounds and a liberal scattering of trees separating the holes. Between the 11th and 12th fairways a small preservation area contains some of the Adelaide sandbelt's rarer indigenous flora. Although lacking a little of the West's charm and elegance, and occasionally a bit more exposed to housing beyond the perimeter, the East nonetheless provides an enjoyable and challenging round, especially with water threatening on the front-nine and several tightish drives to make on the inward-nine.

The Grange is a private club. Outside visitor play is restricted. Overseas and interstate visitors should contact the Secty/Mgr to determine playing possibilities.