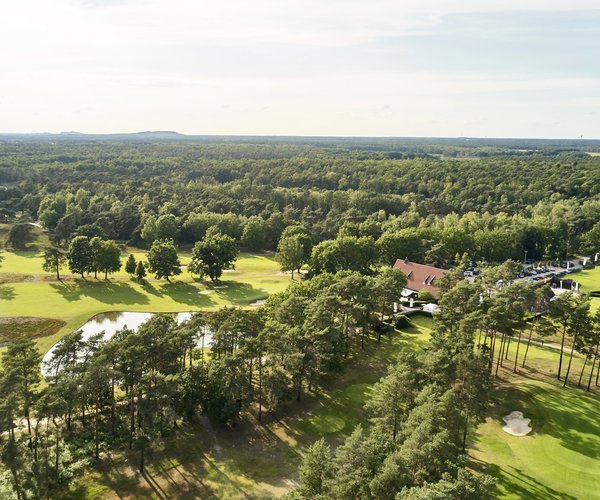 Koninklijke (Royal) Limburg Golf Club: Located in the gently undulating heathland of Middle-Limburg, here you'll find one of Belgium's most attractive and best-maintained golf courses. Like a classic Surrey-Berkshire heathland course, the layout roams through a mix of mature birch and pines, as well as more open areas, where large expanses of heather lie in wait for wayward drives.

The opening hole, with a teasing tee-shot over water, provides an early reminder of the advantage of accuracy versus length on this course. Water you'll be pleased to hear doesn't re-appear until the excellent par-5 18th. The layout includes several tight dog-legging par-4s, notably the 8th, 10th, 14th, 16th and 17th holes. All of these require target accuracy rather than all-out attack from the tee.

Amongst the well-bunkered collection of par-3s, the 186-metre 6th is the best, especially if you climb up to the back tee. From here it's not difficult to appreciate why heathland courses are such a thrill to so many golfers. A couple of Limburg's par-5s are reachable in two for big-hitters, but in keeping with other holes, don't stray too far off-line. Messing with the ball-swallowing heather could easily cost you a shot or two.

With good greens and plenty of strategic bunkering, this gently undulating and always interesting course is a delight to play. Catch it in the summer with the large swathes of heather in flower, and you'll be treated to one of the best heathland courses in Europe ... Britain and Ireland included.

Must book in advance. Maximum handicap: 30.

Limburg G&CC was founded in 1966 by a group of golf aficionados. The golfers, based in the Belgian province of Limburg, were members of Sart-Tilman Golf Club, located 70 km away just south of Liege. The Limburg course they established occupies a 65-hectare piece of land, partly situated in the Tenhaagdoornheide nature reserve on the Kempen Plateau, and partly in pine forest. In addition to the sandy subsoil of the plateau, the area is also know for the coal deposits of the Kempen coal basin. You'll not see any evidence of coal mining from the golf course, but you will in the nearby town of Houthalen.

King Philippe I conferred the Royal prefix on Limburg G&CC in 2017, based on the club attaining 50 years of age (in 2016) and certain other criteria (of which royal patronage is not necessarily one). Coincident with acquiring royal status, the club name changed from 'Golf & Country Club' to 'Golf Club'. In Belgium 13 golf clubs are permitted by royal prerogative to use the "Royal" prefix. They are: Antwerp, Anderlecht, Bercuit, Chateau d'Ardenne, des Fagnes (Spa), Hainaut, Latem, Limburg, Ostend, GC de Belgique (Ravenstein), Sart Tilman, Waterloo and Zoute.