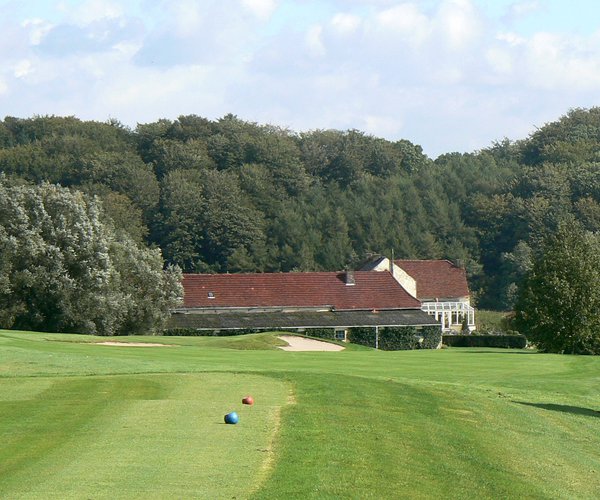 Heading south on the southern section of the Brussels Ring, take exit 26 (Mont St-Jean). Follow road to the right at top of ramp, direction N253 Waterloo. After o.5 km at second roundabout take the third exit, direction Charleroi/Genappe. After 9 km turn right onto the N25 direction Louvain-la-Neuve/Wavre. After 1.5 km turn right direction Ways. At top of ramp turn left direction Empereur Golf. After 2 km on single-track road, golf is on your left.

L'Empereur Golf & Country Club: Laid out over a large tract of what was originally open rural farmland, the Club's championship Empereur course provides one of Belgium's toughest and longest tests of golf. At 7,400 yards from the tiger tees, the mighty Emperor certainly dwarves its much shorter nine-hole companion, the La Hutte layout.

Although originally very open, the landing areas at Empereur are gradually being obscured by a rash of new tree planting that has invaded the course in recent years ... significantly changing its character from "open links" into "wooded parkland". Some of the recent tree-planting is ill-considered and downright unnecessary. That said, the course still suits big hitters, who have plenty of long-par-5s, 4s and 3s on which to flex their muscles, with the prevailing wind often making some of the holes longer still.

Out-of-bounds menacingly lurks on the rightside (and occasionally leftside) throughout the front-nine, which forms an outer loop of holes. The inner back-nine loop brings water dangerously into play at the short par-4 10th. You'll encounter a long and steady climb from the par-3 11th to the exuberantly undulating par-5 12th, and then a Himalayan climb as you ascend to the seriously elevated plateau-green at the "characterful" par-4 13th.

From most parts of the course, and particularly from the 12th green and "crow's nest" elevated 14th tee, you will enjoy beautiful views over the course and rolling Wallonian countryside and woodland. Tactical planning from the tee will not go amiss on many holes, even if the once invitingly good-width fairways invariably tempt you to go with the driver. The standard of upkeep is usually good at Empereur, with large and sloping greens requiring a great putting touch to safely get down in two.

A round at Golf de L'Empereur (The Emperor), also known as le Golf au Bout du Monde ("golf at the end of the world"), was unlikely to have been on Emperor Napoleon's mind in the middle of June 1815. It was at this time that his vast army marched close to this old and rustic former farm (along what is now the N5 road), on their way to nearby Waterloo. Just a few kilometres from the course is the scene of Napoleon's historic and final encounter with the armies of Wellington and von Blücher. A museum and very impressive monument (the Butte de Lion) mark the site of this epic battle.