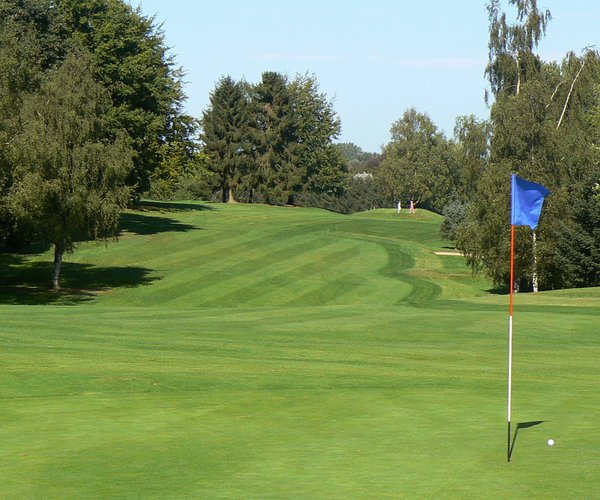 Royal Waterloo Golf Club (Le Lion course): Generally rated the No.2 course here at Royal Waterloo, you'll find some RWGC members opting for an outing on Le Lion in preference to the club's more renowned Marache course. Both these championship layouts comprise a challenging array of holes that stretch to 7,000 yards from the tips. Both combine a pleasant mix of woodland stretches interspersed with more open "heathland" style holes.

Laid out in quiet and picturesque rural countryside, Le Lion is constantly undulating, but not tiringly so. Much of the layout is tree-lined, although there's generally enough landing space from the tees, and also a good chance to find your ball from any slightly wayward shots. The course can feel a tad more forgiving than the Marache, although you won't immediately think so based on the tight downhill par-5 1st, and equally tight par-4 2nd.

On the front-nine, with its many elevation changes, the holes wind around a wonderful copse of tall beech and chestnut trees. The slightly less undulating back-nine offers views across open farmland to the Butte de Lion (the impressive Lion's Mound monument that commemorates the Battle of Waterloo, and specifically the wounding of the Prince of Orange, later William II, King of the Netherlands).

Several holes bring threatening bunkers into play, not least the good-length closing par-5 18th. Water hazards are sparingly used, but definitely threaten at the par-4 4th, the awkward par-4 12th and somewhat contrived par-3 14th. As with the Marache course, the quality of green-keeping on Le Lion is usually good. If coming to Royal Waterloo for the day, it's worth trying to play both courses. Like the members, you can then decide for yourself which one gets the edge over the other.

Must book in advance. Maximum handicap: 28.

Excellent (the best in Belgium!).

Just a few kilometres from the RWGC golf courses is the scene of Wellington's historic victory against Napolean Bonaparte. A museum and very impressive monument, the Butte de Lion, mark the site of this epic battle.