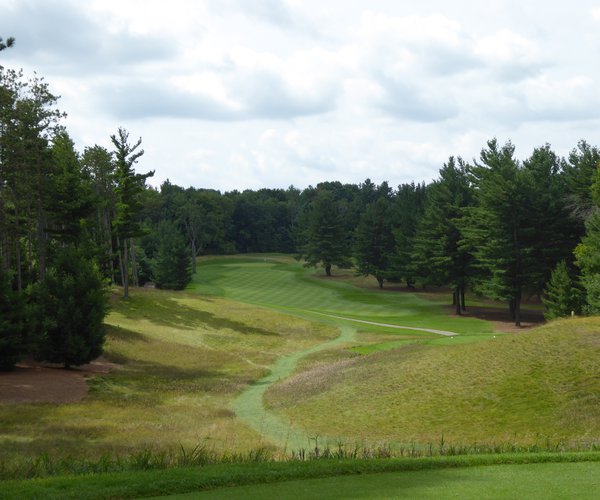 Beacon Hall Golf Club: Among a star-studded array of highly-rated parkland courses around Toronto (The National, Hamilton and St George's among them), Beacon Hall is something of the "young pretender". Like the others it is a top-quality, excellently maintained layout, generally playable only by its members (250 in Beacon Hall's case) and their invited guests.

Located almost 50 km "out of town" (downtown Toronto), the rolling undulating Beacon Hall combines a tree-lined parkland front-nine loop with a contrasting and much more open linksy back-nine. Fans of parkland as well as links golf are both well catered for. As the Club's publicity says, "Augusta National meets St Andrews."

Considerable undulations and elevations changes, starting at the downhill par-4 1st, characterise much of the course. The individually routed holes, with their generally good-width fairways, are handsomely appointed with plenty of stylish bunkering. On a few occasions small ponds sidle alongside the well-paced greens, further adding to the golfing challenges contained in Bob Cupp's excellent design.

You might be forgiven for feeling a touch of "nouveau riche" about Beacon Hall. It was founded a long time after its older peers (Hamilton and St George's), both of which exude a greater air of pomp and tradition.