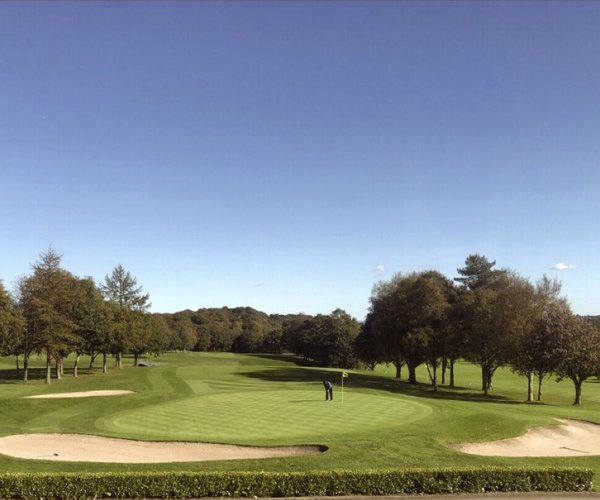 Bolton Golf Club is home to a generally well-regarded golf course, which includes several attractive holes and features. This tree-lined and open parkland layout will test most facets of your game, ensuring a round with plenty of enjoyable golfing challenges. Worth visiting if you are in the area. [Located just 2 mi NE of Bolton Golf Club is the also renowned Bolton Old Links course].

Visitors welcome on weekdays and weekends, but more restricted at weekends.

Founded in 1891 and known as Bolton Golf Club, the club's original facilities comprised a nine-hole layout located in Green Lane, Bolton. Five years later the club transferred to a new location close to Smithills on the edge of the West Pennine Moors. In 1912 a number of members left the nine-hole Smithills-based golf club, in favour of a new eighteen-hole golf course that was being laid out at Lostock Park, two miles away. They took the club name with them, while the members who remained at Smithills adopted the name Bolton Old Links.