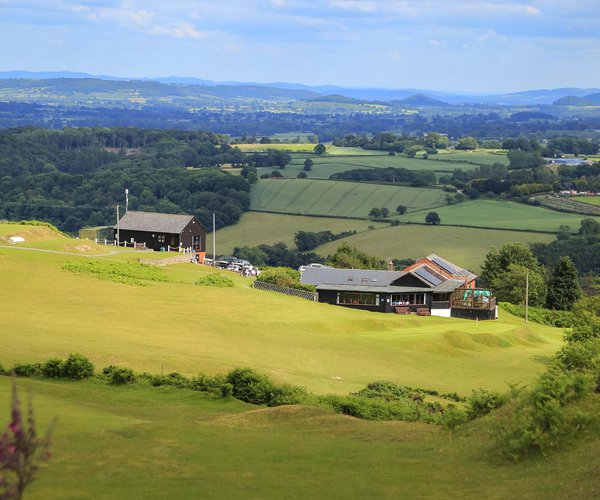 Kington Golf Club is home to a course offering magnificent panoramas overlooking the Brecon Beacons, the Black Mountains, Malvern Hills, as well as the Shropshire and Clee hills. Renowned golf architect, Major Cecil Hutchinson showed great vision and skill when he converted the unpromising terrain of Bradnor Hill into what is now acknowledged as a fine inland-links course.

Kington's designer Major Cecil K. Hutchison (1877-1941) was educated at Eton College, becoming an excellent cricketer and amateur golfer in the process. He represented Scotland at golf. In the 1909 Amateur Championship he lost by one hole to Robert Maxwell, who had beaten the great golf writer Bernard Darwin in one of the semi-finals. After Eton, Hutchinson served with distinction in the Coldstream Guards, seeing active service in the Boer War. In World War One he became a PoW when his trench was overrun, and saw out the war from January 1915 until December 1918 in PoW camps in Germany and Switzerland.

Hotchkin and Hutchison were then joined by Sir Guy Campbell (also a major in the British Army) to form the renowned Ferigna company (possibly Feringa? ... after the "morning glory" plant) that covered all aspects of golf courses, including design, construction, maintenance, equipment, turf dressing and seeding.