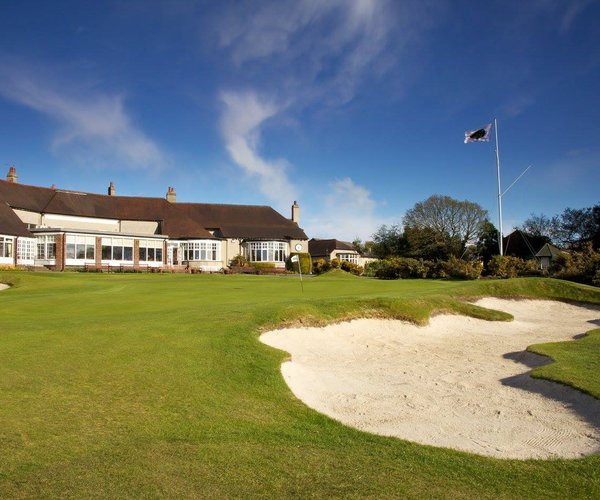 Moortown Golf Club, like its close neighbours Sand Moor and Alwoodley, occupies a wonderful tract of natural golfing terrain in the northern outskirts of Leeds. Within this mixed woodland and moorland habitat, the easy-draining sandy soil clearly merited the attention of golf enthusiasts in the early 1900s. On hand to lay out the course was local resident and distinguished golf course architect, Dr Alister MacKenzie (who also laid out Sand Moor and Alwoodley).

Crafted by MacKenzie, the Moortown layout is not characterised by too much undulation or elevation change. The lightly tree-lined avenues, with many stretches that are more open and heathland in character, guide you to large and immaculately maintained greens. Reflecting MacKenzie's philosophy, the bunkering blends naturally into the course, rather than intruding artificially onto it.

The natural elegance and challenging nature of Moortown guarantees its place amongst Britain's top heathland courses. It also has history on its side. It was here at Moortown that the Ryder Cup was first contested on European soil.

In 1929, two years after the first official Ryder Cup match in Massachusetts, Moortown hosted the second encounter between the USA and GB&I. The result of this first Ryder Cup on European soil, was a 7 pts to 5 win for George Duncan's GB&I team over the USA team led by Walter Hagen. >> Alister MacKenzie, one of the world's greatest course designers, was the designer of a wonderful and closely grouped triumvirate of courses here in Leeds - namely, The Alwoodley, Moortown and Sand Moor. MacKenzie was born to Scottish parents in 1870 in Yorkshire. He died in 1934 in California, leaving behind a blueprint for future golf course designs and a legacy of classic golf courses, of which Alwoodley was the first, and Moortown the second.