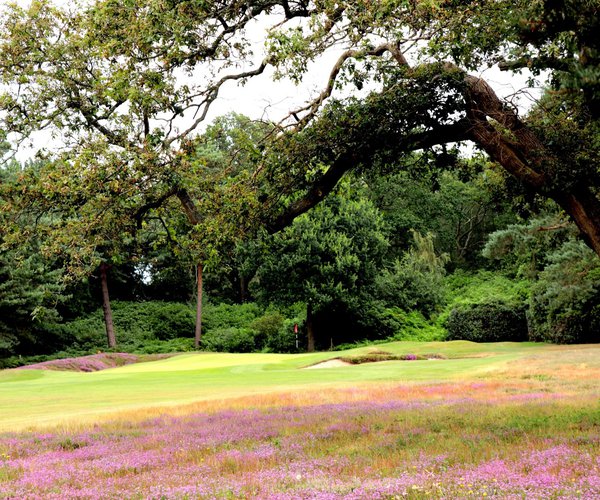 New Zealand Golf Club: You’ll not forget the heather and rhododendrons at this beautifully maintained and uncomplicated heathland course, another of Surrey's many gems.

Although slightly on the short side by modern day standards, with one par-5 and five par-3s, New Zealand will fully test your game with many fine par-4s. Accurate driving and a good short game will serve you well here.

The flat terrain may give a similar character to some of the holes, while all around is wonderfully mature woodland that once formed a corner of the once mighty Royal Forest of Windsor. As for the Club's name - the New Zealand connection comes from the colonial associations of the former landowners of the land on which the course is laid out.

The counties of Berkshire and Surrey are home to the UK's largest concentration of heathland golf courses. Between 1890 and 1910, as the game of golf rapidly developed throughout Britain and Ireland, land was eagerly sought for the creation of many new golf courses. The fast-draining, gently undulating, open heathland, found in Surrey and Berkshire, was felt to be ideal terrain for the creation of golf courses to serve the nation's capital and its surrounds. The likes of Sunningdale, Woking, West Hill, Worplesdon, Swinley Forest, New Zealand, St George's Hill and Walton Heath, were all established in these early days.