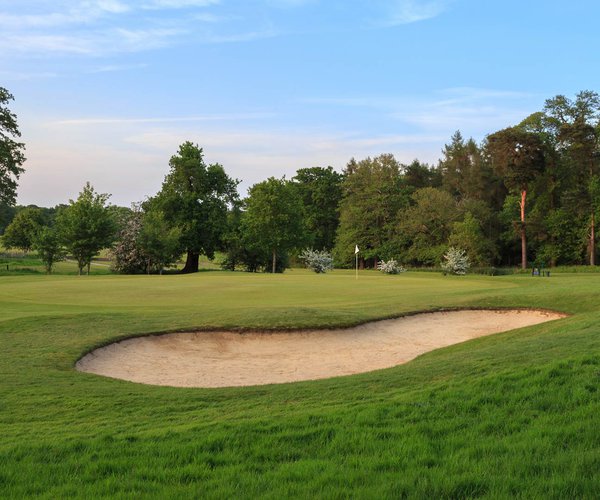 Royal Ascot Golf Club is home to a generally well-regarded golf course, which includes several attractive holes and features. This heathland layout will test most facets of your game, ensuring a round with plenty of enjoyable golfing challenges. Worth visiting if you are in the area.

Visitors welcome on weekdays, and weekends (after 12pm).

Royal Ascot's golf course was for many years located on Ascot Heath, encircled by Ascot Racecourse. Development of the racetrack in the early 2000s, led to the Club moving to a new course across Winkfield Road on the site of the former Ascot Farm, once a medieval deer forest. Ironically, 100 years earlier it had been the home of a small golf club for local traders know as Ascot St George’s.