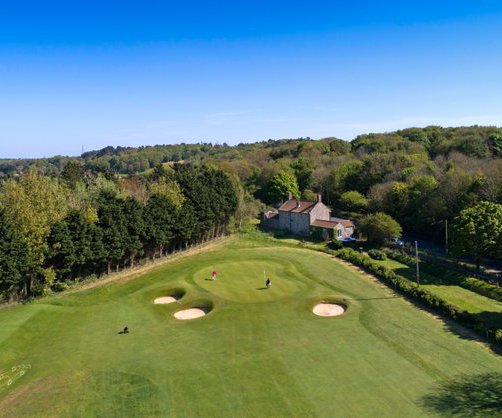 Golf Club is in Overstrand Road on the eastern side of Cromer. Approaching Cromer on the A140 from Norwich, turn R. at mini-roundabout after Cromer High School, direction Mandesley / Overstrand. Follow Overstrand Road. After o.6 miles golf is on your L.

Royal Cromer Golf Club: This is a very pleasant seaside course with plenty of sea views and inevitably, little protection from the wind. Much of the course is contained in a rather open bowl, set on top of the cliffs and providing some wonderfully elevated tee-boxes and views onto the North Sea.

The course is not overly difficult or tight, but on a few tee-shots there is clearly a premium on accuracy rather than length. From the 12th tee to the 13th green there is quite a stiff climb onto a higher plateau, where the views become even more stunning, and the undulating holes loop up to a rather subtstantial and fully operational lighthouse.

It was reputedly here at Royal Cromer that the idea was conceived for the Curtis Cup matches, played between teams of top amateur golfers from Great Britain & Ireland and America.