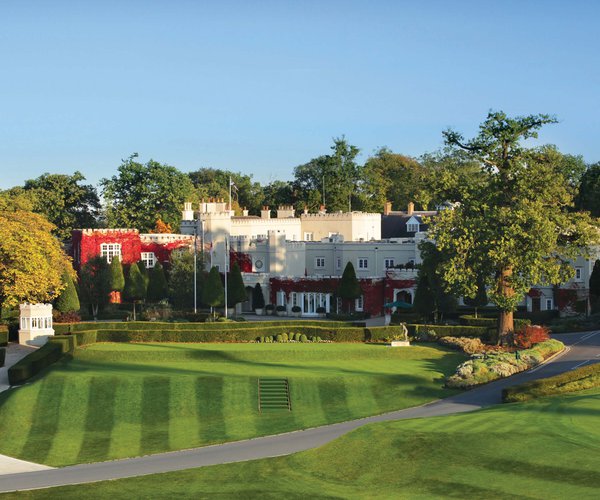 Wentworth Club (Edinburgh course): Located at the heart of the exclusive Wentworth Estate, this temple of British golf is now entirely member-only, since its acquisition in 2016 by a Chinese billionaire. Completing the triumvirate of excellent golf courses here at Wentworth, the Edinburgh was originally known as Wentworth's "South" course. It is a relative newcomer when compared to the "antiquity" of its older siblings, the East and West courses. The generation gap is not easily detected however, particularly with the Edinburgh also having been sculpted in a wonderfully mature wooded heathland environment.

Gently undulating terrain gives each hole its own distinctive appearance on the Edinburgh. Characteristic of this layout are several dog-legging holes that lead you through corridors of pine and birch trees, and onto fast and tricky greens. Maintenance and presentation are generally top-class, even though the demands of being a Wentworth course means relentless play, as much on the Edinburgh as on its siblings.

Younger maybe, but the Edinburgh course keeps good company with the older and better known jewels in the Wentworth crown.

The third course at Wentworth was to be known as the South course, but the name was changed in honour of Prince Philip, Duke of Edinburgh, who conducted the opening ceremony. | The Edinburgh course has hosted several European Senior Tour events; see Top Tournaments at Wentworth Club (Edinburgh course.