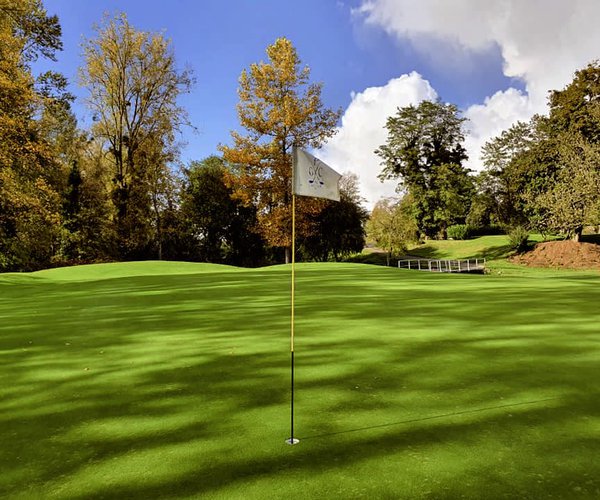 Pau Golf Club is home to a good quality golf course, laid out in a quiet area alongside the river Gave de Pau. The Club carries the distinction of being the oldest in continental Europe, established way back in 1856.

The easy-going tree-lined and open parkland layout contains a variety of attractive holes and pleasant features, which should provide an enjoyable test of golf at a generally affordable rate. Pau GC is well worth a visit, not just to play this pleasant parkland course, but also to browse the exhibits in the Club's very interesting museum.

Founded in 1856, Pau is the oldest golf club in France and in continental Europe. Its history goes back to the Napoleonic wars and the Battle of Orthez in February 1814, when some regiments of Wellington's army were quartered in Pau. Among the soldiers, two Scottish officers took every opportunity to practice golf, their favourite sport.

Twenty years later, the same Scots came back as tourists, hoping to find memoirs of their earlier visits. Little by little, an entire British colony became established in Pau. It left its mark on the area, through its customs and its traditional sports, which included horse-back riding, hunting, mountaineering, and golf. Eventually, in 1856 the need was created for a dedicated golf club.