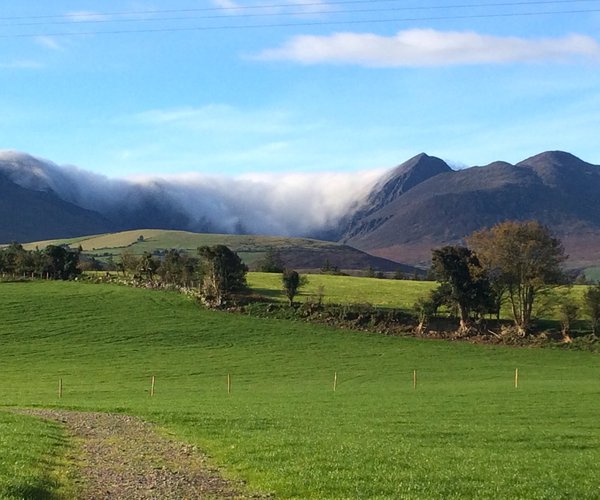 Circling around the clubhouse on three sides, the layout has a generally open feel. The presence of fir trees and gorse bushes also provide some distinctly heathland overtones to much of the course. These more recent plantings have narrowed the generous space that used to be available for most tee-shots. The back-nine continues the relatively open parkland/heathland environment of the front-nine, with the remains of 15th-century Castle Corr standing sentinel over a tough and water-threatened closing stretch.

One rather thick wall of the castle's high-tower remains to lend a touch of antiquity to Beaufort's back-nine, but perhaps your full attention will not be so much on things historical, as much on the layout's testing closing trio of par-4s. Ponds threaten your tee shots on the leftside of each of these closing holes.

Beaufort Golf Course is located on the Churchtown estate, the centrepiece of which is a Georgian house built in 1740 by Sir Roland Blennerhassett. The estate was bought in 1860 by James MacGillycuddy Magill and it is his heirs who developed the golf course in the 1990s.