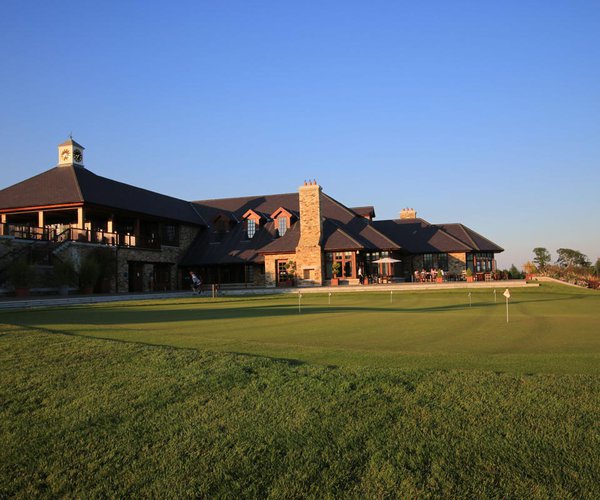 Above distances are for the Upper-Middle combination. At 3072 yds from back tees, the Lower-nine is slightly shorter than the other two nines.

Dun Laoghaire Golf Club, now located at Ballyman Glen, is home to a well-rated and pleasantly testing 27-hole golf course. Located close to the border between the counties of Dublin and Wicklow, this tree-lined and open parkland layout should not disappoint, with many attractive features and several excellent holes to enjoy. Plenty of golfing challenge and usually good upkeep contribute to the appeal of this well-crafted design. One to include on your play list if you are in the area.

Founded in 1909 as Kingstown Golf Club, the club name was was changed in 1922 to Dun Laoghaire (Kingstown) Golf Club and finally, after an acrimonious debate in 1951, Kingstown was finally removed. In the summer of 2007, the 102-year-old club moved from Dun Laoghaire, in the suburbs of Dublin, to its current location at Ballyman Glen. The club will host the 2016 Curtis Cup.