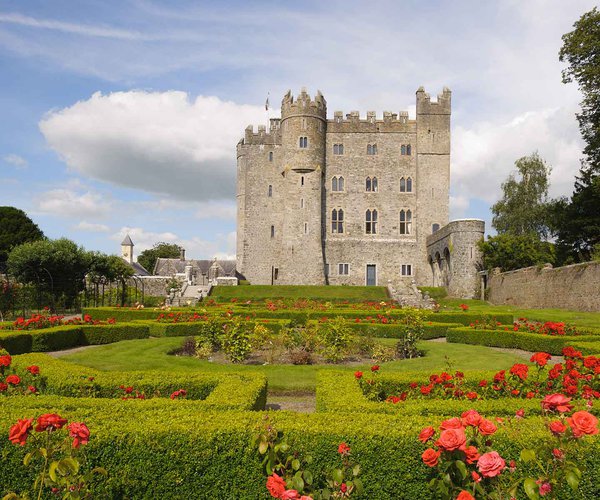 The Golf Club at Kilkea Castle

The Golf Club at Kilkea Castle: After a relatively lengthy closure and multi-million euro renovation, the impressive Kilkea Castle reopened its doors in 2017. Both the golf course and accommodation in the 800-year-old castle have benefitted from the substantial investment.

The golf course exudes a somewhat newer feel than its stately castle backdrop, and has considerably fewer defences. The layout, which surrounds the castle, is relatively uncomplicated and occupies flattish terrain. Much tree-planting around the course has yet to fully mature.

Of the two nine-hole loops, the back-nine is the more testing. An attractive burn (the River Griese) criss-crosses parts of the course, spicing-up at least six of the holes and making the par-4 17th a really formidable proposition. All-in-all a pleasant place to play under the watching towers and turrets of the impressive castle.

Kilkea Castle is one of the oldest inhabited castles in Ireland dating back to the 12th century. It was built for the Anglo-Norman lord Walter de Riddlesford (1150-1226) by Hugh de Lacy.