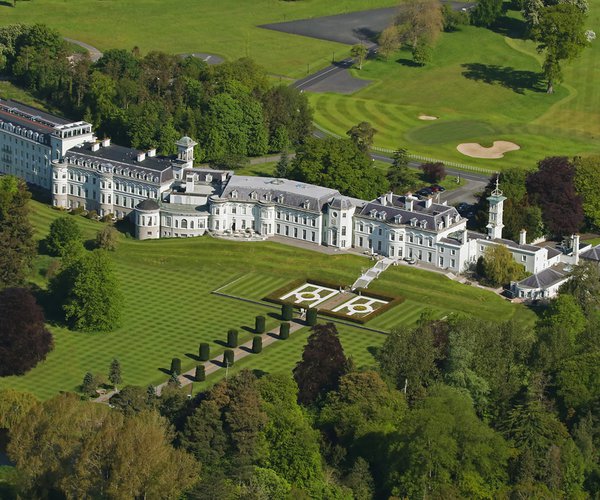 Like the Palmer North (formerly known as the Ryder Cup course), the Palmer South is a big and bold development, with several exciting features and plenty of golfing challenges. The layout has a more open, rugged character than its older parkland-style sibling. Over time, the rough on Palmer South became increasingly intimidating, while gorse bushes have also helped in promoting a distinctively "Scottish" feel in this small corner of Co. Kildare.

There's water a'plenty on the Palmer South, the bunkering is extensive and the greens are generally fast and large (sometimes very large). Several of the good-width fairways are flanked by expansive water hazards, which have become home to a variety of birdlife. Accompanying some of the water hazards are dramatic rock features, which become almost Disneyesque in size at the par-5 7th. At this signature hole, an artificial quarry flanks the rightside of the fairway and waterfalls cascade down the rocks.

Inspired and created by one of Ireland's leading businessmen, Dr Michael Smurfit, the K Club is Ireland's most famous inland golf venue. Although the Smurfit course only opened in July 2003, it hosted the 2004 and 2005 Smurfit European Open Championships.