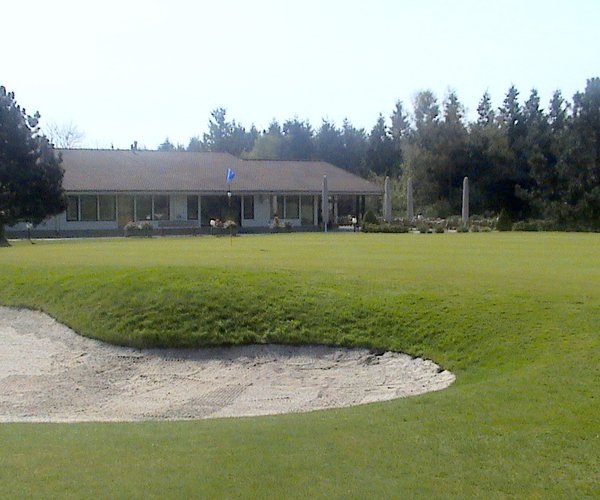 Golfclub de Hoge Kleij: The "Utrechtse Heuvelrug" is a ridge of low sandhills that runs between the cities of Utrecht and Amersfoort, extending several kilometres to the north-west and south-east. On this sandy "backbone" can be found several of the Netherland's top inland courses, among them Hilversumsche in the north, Lage Vuursche, the mighty Utrechtse "De Pan" and Hoge Kleij.

The sandy heathland soil hereabouts, ensures excellent year-round playing conditions at Hoge Kleij, while supporting the growth of occasional tracts of heather ... mainly found in front of the tee-boxes. Each hole occupies its own individual space in this forest of mature pine and fir trees. Several of the tree-lined avenues will feel a tad tight from the tee, ensuring accuracy rather than length is often at a premium.

Laid out in two nine-hole loops, the quieter back-nine (there's a degree of motorway drone on the front-nine) has the best of the undulating terrain, and as a result some of the best holes are found on this inward half. The greenside bunkering has obviously been improved and strengthened in recent years, although fairway bunkering remains rather light.

With very little in the way of water hazards to worry about, this classic woodland layout provides a thoroughly enjoyable challenge, exacting a thorough test for your overall game.

Members of the NGF or a recognised foreign golf club welcome on weekdays and weekends. On weekends only 2- and 3-ball flights before 11am.

Hoge Kleij (in English "high clay") is the name of a modest hill on which some of the back-nine is located. In 1983, near to this site, archaeologists discovered many artefacts dating back 200,000 years.