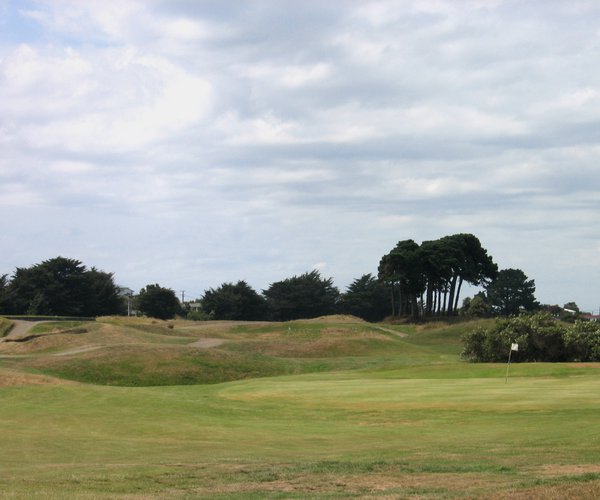 From Hwy 1 in the centre of Paraparaumu, turn into Kapiti Road at traffic lights, direction Paraparaumu Beach. After 4 km golf is on your right.

Paraparaumu Beach Golf Club: Here among the sand dunes behind the beautiful Paraparaumu beach, all the challenge and thrill of links golf is contained in these 18 excellent golf holes. Forested mountains on one side and the sea (never clearly in view) on the other, sets the context for this wonderful layout.

Often found in World Top 100 rankings, make no mistake, this is a superb layout that will test every part of your game. Set amongst the natural and open contouring of the dunes, the fairways pitch and roll in every direction; but you'd best not stray too far from the short stuff - deep grassy rough awaits wayward drives.

Bunkering is mainly used to guard the well-paced greens, with steep run-offs also found beside many of the putting surfaces. The world's best courses have a habit of attracting the world's best players - no wonder this is where Tiger Woods choose to compete in his debut New Zealand Open.

Pick of the holes: If two holes can be highlighted amongst such links riches, then the blind-drive par-4 15th is very special and the short par-3 16th is an absolute gem (modelled it would seem on Royal Troon's famous 8th - the Postage Stamp).

Despite its relatively short history, no other golf club has hosted more New Zealand Opens than Paraparaumu Beach. Among the many big name winners of this Championship who have triumphed on Paraparaumu's links, are no lesser names than Peter Thomson (Aus), Corey Pavin (USA) and home-grown talent, Michael Campbell - see Tournaments section (by Venue). A plaque on the 18th fairway marks the spot from which Grant Waite, in the 1992 NZ Open, scored an albatross two, hitting a 2-iron into the cup from well over 200 metres out. Many Kiwis, rather than saying every vowel of "Parapara-umu" abbreviate this Maori name to "Parapa-ram" - a tad easier to say and remember. From the beach at Paraparaumu you can see nearby Kapiti Island and the distant capes and inlets at the top of New Zealand's South Island.