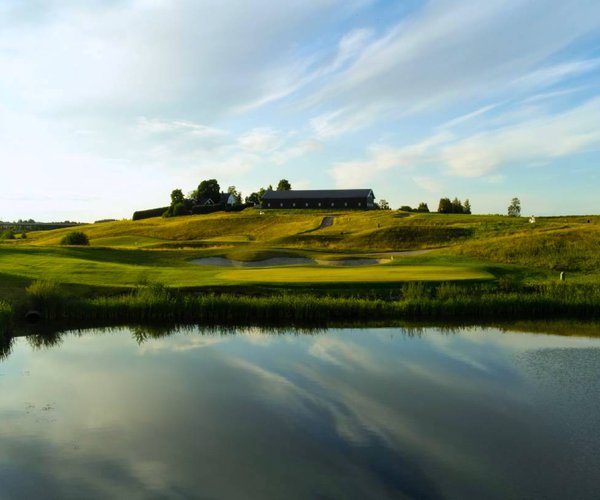 An attractive variety of skilfully crafted and challenging holes ensures both a memorable and challenging round, with an attractive collection of straightaway and doglegging holes in the mix. The bunkering is generally deep and plentiful, with another significant test provided by the large, fast and undulating greens.

Visitors welcome on weekdays and weekends during the golf season.

Miklagard Golf is located close to the town of Kløfta in Ullensaker municipality, an area with strong historical traditions dating back to the Viking Age. The name Miklagard itself, is taken from the Viking name for Istanbul. When Vikings sailed into the Golden Horn, in what was then called Constantinople, they marvelled at the huge city walls facing them. The city was the largest the Vikings had encountered, and was aptly named Miklagard, "the Great City".

All the holes on Miklagard Golf are named after Norse gods and kings. The signage, buildings and even aspects of the course are also inspired by Norse history.