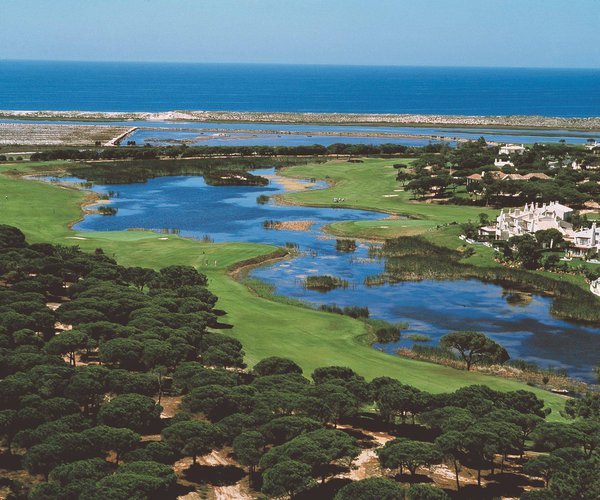 San Lorenzo Golf Club is regularly ranked in continental Europe's top echelon of golf courses, with good reason. The 18 holes of San Lorenzo lie in the less developed southeast corner of Quinta do Lago, where the layout is allowed to run alongside the wonderfully scenic Ria Formosa estuary and salt water lagoons.

Laid out in a figure of eight, with the clubhouse at the course's centre, the opening holes will give you an idea of the overall quality of Joe Lee's design. The real drama starts at the oceanview par-3 5th, the shortest hole on the course. What follows are two breathtaking holes played alongside the beautiful Ria Formosa lagoon, with the Atlantic ever-present in the background. The par-5 8th brings you back inland and plays alongside the largest of San Lorenzo's inland lakes. This lake and another just beyond it will challenge again at the testing 17th and 18th, two stunning par-4 holes where straying too far left is not an option. The greens here combine a good mix of large and small, the bunkering is impressive and the semi-rough not too penalising.

Many holes at San Lorenzo are now flanked by good-size villas, which complement rather than detract from the otherwise tree-lined, lakeside and Ria Formosa facing holes. When in the Algarve, this is a course not to be missed.