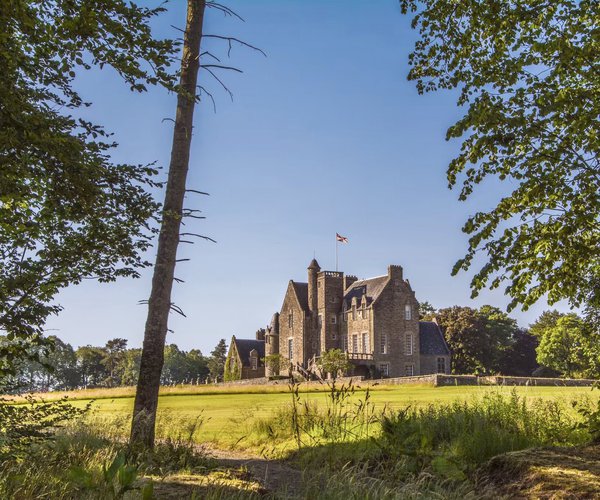 Rowallan Castle Golf Club: Located between the City of Glasgow and Ayrshire's spectacular "golf coast", Rowallan Castle is the first layout in Scotland to be designed by Colin Montgomerie. Although construction of the course began in 2005, with an intended opening in 2008, the course eventually opened in 2010. The 18-hole rolling parkland, championship golf course will in time be complemented by a luxury hotel and residential development. Located near Kilmarnock, 30 minutes drive south west of Glasgow, the site is set within a 600-acre Scottish country estate, complete with 1000-year-old yew trees, trout streams, two spectacular castles, and distant views of Ailsa Craig and the Isle of Arran.

Visitors welcome on weekdays and weekends; more restricted at weekends.

Rowallan Castle originally dates back to the 13th century and has been owned or held by the medieval Mure family, the Earls of Glasgow (Boyle), the Earls of Loudoun (Campbell) and the Barons Rowallan (Corbett).