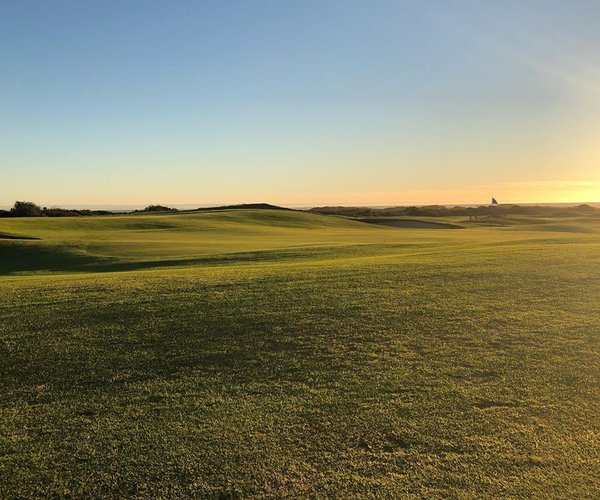 From Port Elizabeth centre, take the M4 (Settler's Way) heading south. Continue south along the coast on the M4, at various times called Humewood Road, Beach Road and finally Marine Drive. The club is located on your right immediately after the Summerstrand Hotel.

Humewood Golf Club: had the R&A ever needed an overseas venue for its Open Championship, the great South African golfer, Bobby Locke, would no doubt have strongly advocated Humewood as a suitable venue. This high quality golf course, located beside the sea, possesses all the characteristics you'd expect from one of Britain or Ireland's best links layouts.

The undulating fairways, often lined with small bushes and uncompromising rough, provide something of a roller-coaster ride as they lead towards excellent bump-and-run territory around the greens. You will quickly discover that the gently sloping and good-sized putting surfaces are home to all manner of subtle slopes and borrows to test your putting skills to the full. As on many great links layouts (although in lesser numbers than on some), you will also need to stay out of the strategically located revetted bunkers if a winning score is to be carded.

Water is notably absent on the Humewood layout, although there are many fine views onto the Indian Ocean to be enjoyed. From August to December you can probably count on some wind assistance from the ocean in "shaping" your shots. If gale force gusts are blowing across these veritable links (it's been known!), sanctuary can always be found in Humewood's distinctive white-walled, red-roofed clubhouse.

Must book in advance. Handicap required

Humewood's designer, Major S.V. Hotchkin (later promoted to Colonel) was a respected English golf course architect. He is best known as a former owner of Woodhall Spa in England, a revered inland heathland course, which he helped redesign in the 1920s. In the late-1920s, Hotchkin also contributed to the design/redesign of several notable South African courses, including: Durban CC, East London, King David Mowbray and Royal Port Alfred.

In addition to many SA Amateur Championships and Sunshine Tour events, Humewood has hosted the South African Open championship on a number of occasions. After a gap of 49 years, the SA Open returned here in 2006, and was won by Ernie Els (see our Tournaments section >by Venue >Humewood).

The club logo is a crowned plover or "kiewietjie", which is commonplace on the course, as are tortoises!