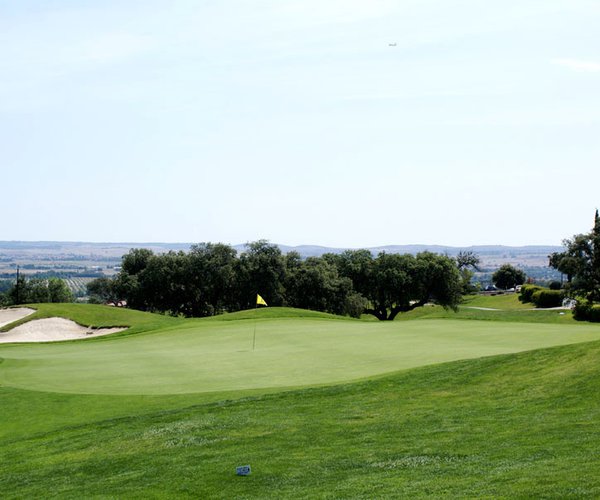 Above distances are for the North course. Also at RSHE is the 18-hole par-72 South course (6121 m from back tees).

Visitors welcome on weekdays and (much more expensively) on weeeknds.

King Alfonso XIII conferred the Royal prefix on Sociedad Hípica Española (Spanish Equestrian Society) in 1909; at the time this was essentially an equestrian club. In the early 1930s the club expanded along country club lines, which included a 9-hole golf course built in 1932. The club's first 18-hole course was the North course, designed by Robert von Hagge and opened in 1997.