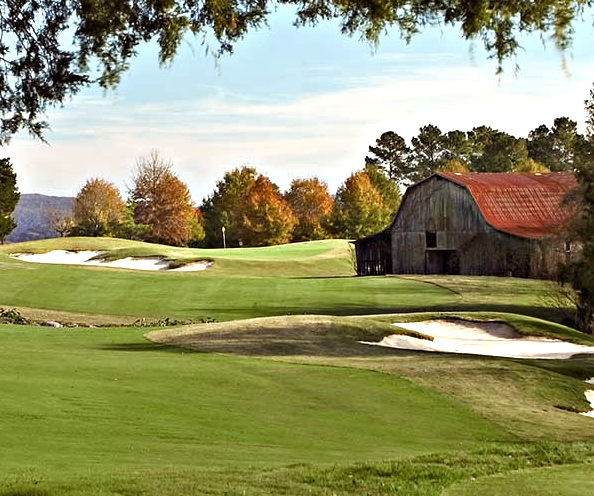 RTJ Golf Trail - Hampton Cove (Highlands course): On the Robert Trent Jones Golf Trail, Hampton Cove boasts two fine championship golf layouts. If the name Highland course has you imagining you'll be in for a mountainous experience, don’t worry. Pleasantly rolling fairways rather than huge elevation changes are the main feature of this pleasant and testing parkland layout. Only at the uphill par-5 9th will you need to undertake any Himalayan-style climbing, with the par-4 10th bringing you swiftly back down again to commence a back-nine that is much more about lakes and water hazards than mountains.

Good-quality housing lines much of the course perimeter, although it is sufficiently far-back not to place any hook-or-slice gremlins into your shot preparation. If gremlins do appear, it is more likely they will try to invade your short game. Without exception the greens here are elevated, uniformly small (although not too small to be full of testing undulations) and often fiercely defended by significant bunkering. Miss the greens and you'll be navigating the ball back up steep greenside slopes, with your pitching and chipping skills fully put to the test. Although there is more housing around this course that at any other Robert Trent Jones Trail location, there are also some picturesque views onto the Appalachian foothills in the distance.

The Highlands Course at Hampton Cove was planted with thousands of Japanese black pines, oaks, dogwoods and crepe myrtles to enhance such features as the old mule barn beside the fifth hole. >> ABOUT THE TRAIL : The Robert Trent Jones Golf Trail is a unique collection of eleven excellent golf venues spread through the State of Alabama. Dr. David Bronner, the then CEO of the organisation that ran the Alabama state-employees pension funds, originally conceived the idea of the Trail. He was convinced that creating a top-quality golf trail would attract golfers from near and far, raise Alabama's profile and at the same time earn a good return for the pension fund monies invested in the project - the world's largest golf course building project ever undertaken. The original courses on the Trail (located at Hampton Cove, Silver Lakes, Oxmoor Valley, Capitol Hill, Grand National, Cambrian Ridge, Magnolia Grove, and Highland Oaks) were all designed by Robert Trent Jones and opened for play in 1992. Lakewood GC at Point Clear was acquired along with the Grand Hotel; its two golf courses were recently renovated and included in the Trail. Although not designed by Trent Jones, The Shoals and Ross Bridge were added to the Trail in more recent years.