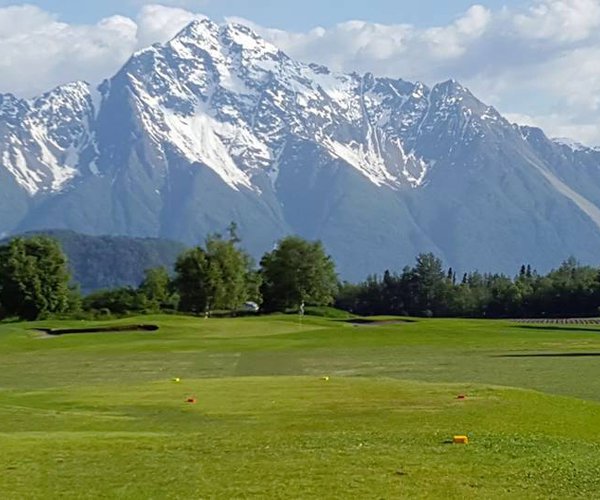 Palmer Golf Course is located just over 40 miles northeast of Anchorage, alongside the Palmer Municipal Airport to the west and the Matanuska River to the east. Here in the heart of the Mat-Su Valley you'll find a pleasant open parkland layout surrounded by ravishing mountain scenery ... whichever way you look.

From the relatively flat open terrain golfers are treated to spectacular views of Pioneer Peak, the Matanuska River and Knik Glacier. Course description, images and other details to follow soon.

Visitors welcome on weekdays and weekends during the golf season (May thru' mid-Oct).

Although the Russians came to Alaska in 1741, bringing the traditions of the Russian Orthodox religion to the indigenous peoples of the region, it was in the early 1890s that entrepreneur George W. Palmer set-up a trading post on the Matanuska River, near to present-day Palmer. The town was later named after Palmer, who was born in Erie County, Pennsylvania and arrived in Alaska aged 38 in 1893, following a stint as a logger in Seattle.