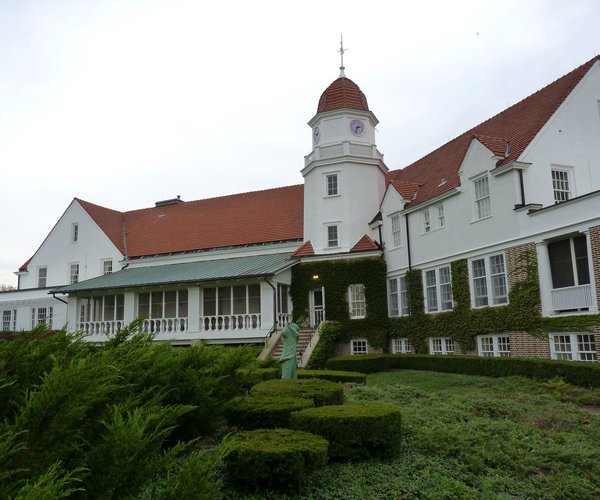 Chicago Golf Club, one of the five founding members of the USGA, is home to a championship course that ranks with the world's best. Located a 40-minute drive due west of downtown Chicago, here in the leafy suburb of Wheaton a small and exclusive handful of members play on one of Charles Blair Macdonald's most sublime designs.

Following Seth Raynor's renovation of the course in 1923, not too much has changed in the intervening years. Laid out over relatively flat but wonderfully open linksy terrain, the square-cut tee-boxes, rifle straight fairways and often rectangular greens, create a golfing oasis routinely rated as Illinois' best.

Only in front of the par-4 9th and par-3 10th greens will you be confronted by water. For much of the rest of the time it is the relatively tight fescue-lined fairways and abundance of innovatively crafted bunkering that will thoroughly test your course management and shot-making skills.

Chicago GC is a private club. Guests may only play if hosted by a member.

Chicago Golf Club, the oldest golf club in the United States in continuous use at the same location, is one of the world's most private and exclusive clubs, boasting only 120 members. The only way to become a member is to be invited by an existing member.

Chicago GC is one of the five founding clubs of the United States Golf Association (USGA), together with Shinnecock Hills, The Country Club (Brookline), Newport CC and Saint Andrew's.

Credited with laying the foundations of golf in America, golf architect Charles Blair Madonald is best known for creating a trilogy of courses that are amongst America's very best: Chicago GC, Yale and the National Golf Links of America. All three layouts benefit from their linkage to the roots of the game in Scotland, while all three contain Macdonald's undoubted flair for creating something exciting, and just a little bit different!