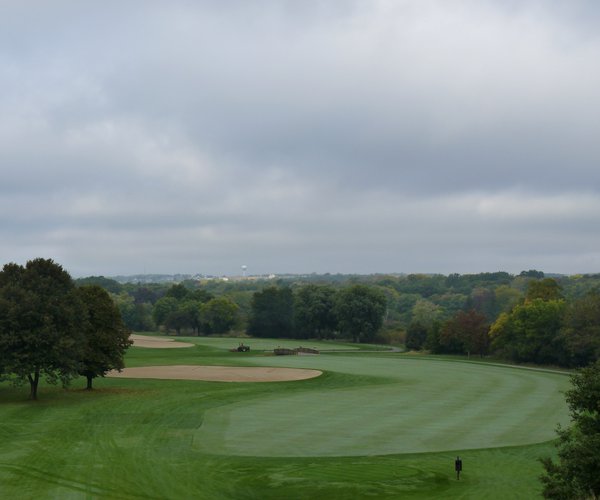 Above distances are for The Brute. Also at Grand Geneva is The Highlands course (par-71, 6659 yds from back tees).

Grand Geneva Resort & Spa is home to two well-rated and popular championship golf courses: the Brute and the Highlands. At over 7000 yards the Brute is one of Wisconsin's most challenging tree-lined and open parkland layouts.

Enhanced with 68 bunkers and huge rolling greens, which average over 8,000 square feet, this par-72 course lays down a real test for golfers of all levels. This is a championship golf course that ranks with some of the best in Wisconsin. The tree-lined and open parkland layout provides a wonderful test for your all-round game, with many attractive, skilfully crafted and challenging holes to enjoy. A must play if you are in the area.

Grand Geneva originally opened in 1968 as the Lake Geneva Playboy Club Hotel, a lush property that served as a luxury escape for Midwest travellers. It was the first Playboy Club Hotel to open in the U.S., and brought a touch of Hugh Hefner-style glamour to the community of Lake Geneva. The Frank Lloyd Wright-inspired hotel featured many opulent design elements including an indoor pool with connecting passage to an outdoor pool, two championship golf courses, and a ski lounge designed in the shape of two interlocking snowflakes. Guests were transported around the resort on the hotel’s “Bunny Tram,” and were waited on by "bunny girls" in their signature corsets, puffy tails, and bunny ears.