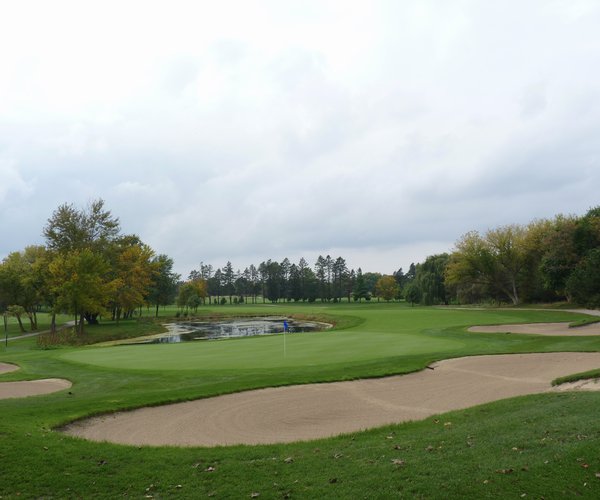 Pine Meadow Golf Club is home to a well-rated and always popular layout. This tree-lined and open parkland course should not disappoint, with many attractive features and several excellent holes to enjoy. Plenty of golfing challenge, a well-crafted design and usually good upkeep all contribute to the appeal of this course. One to include on your play list if you are in the area.

Walking permitted at all times. Golf carts available to rent.

In 1921, St Mary of the Lake Seminary was established on land donated by the Edward Hines Lumber Company. It was here at the Seminary that Cardinal George Mundelein (Archbishop of Chicago from 1915 until his death in 1939) laid out a 9-hole golf course on 80 acres of land.

Mundelein had been encouraged by his doctor to walk more, and so took to golf, playing in his black topcoat and black fedora. The course was extended to 18 holes in 1929. The neighbouring town to the Seminary was originally called Area, but was changed to Mundelein in 1924 to honor the Cardinal.