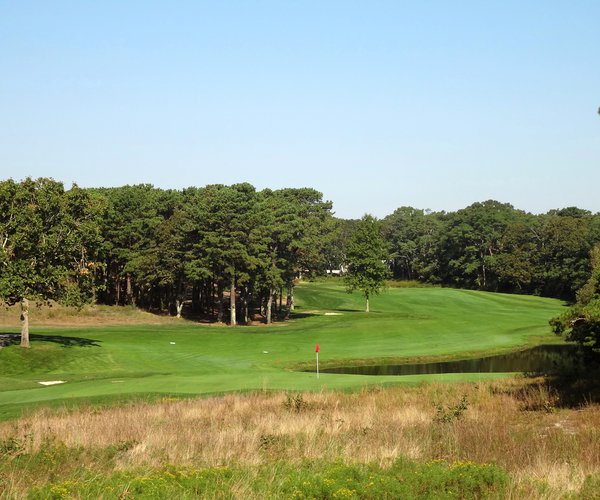 Martha's Vineyard island is accessed by air or by ferry. The ferry journey takes 45 minutes across Vineyard Sound from Woods Hole, nr Falmouth, MA to Oak Bluffs on the island.

Farm Neck Golf Club is home to one of the top-rated and finest championship golf courses in Massachusetts. The excellent tree-lined and open parkland layout contains a wealth of wonderfully crafted, memorable and challenging holes. Definitely a course that will challenge your all-round game, and well worth going out of your way to play.

Visitors welcome on weekdays and weekends during the golf season (April thru Dec).

Martha's Vineyard, often called just "The Vineyard," is an island off the coast of Massachusetts, accessible from the mainland by boat or airplane. Several daily ferry sailings to and from the island, ensures the population of around 15,000 swells to as much as 100,000 in the busy summer months.

A host of celebrities, past and present, can be counted amongst the island's residents and/or frequent visitors. They include: Presidents Barack Obama and Bill Clinton; comedian and talk show host David Letterman; Bill Murray; Quincy Jones; Meg Ryan; Walter Cronkite and Spike Lee.