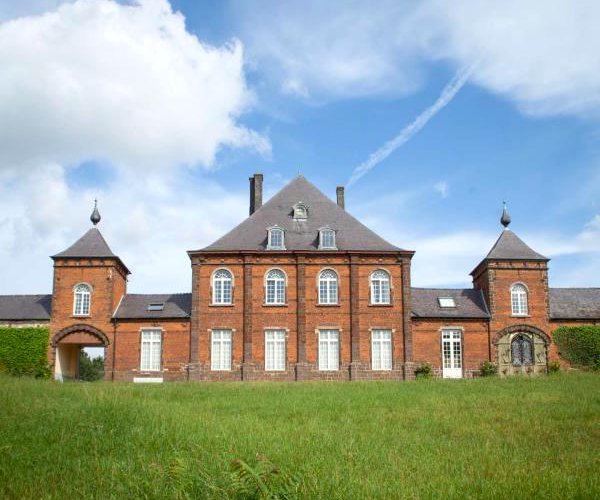 Golf du Château de la Bawette: Located southwest of Brussels and just north of the town of Wavre, Bawette is a pleasant and undulating parkland course, although one that "plays tough" on many occasions. More commonly known as "Bawette", and mainly surrounded by mature woodland, the tree-lined layout provides an at times fearsome golfing challenge.

If you can't hit straight, the championship layout (Le Parc) will not just test your all round game, but may leave you somewhat perplexed ... if not downright depressed. On several occasions there are uncompromisingly tight drives to be made, starting at the first and culminating at the end of each nine-hole loop. The 9th and 18th are a pair of intimidating "ugly sisters" if ever there were. Both holes point downhill from their respective elevated tees, and require precision-perfect drives through narrow tree-lined chutes, then long uphill approaches to well-guarded greens. There are several other tight, and sometimes bizarrely doglegging holes in the mix, not to mention plenty of sand, water (especially on the more expansive back-nine loop) and undulation.

With several elevation changes, many tightish tree-lined fairways, an abundance of fairway and greenside "porridge-filled" bunkers and relatively large greens, designer Tom McAuley clearly believes golf is not a game of "fair". His Belgian offerings (Mont Garni and Bawette) are ample evidence of that.

Reflecting the vallonnée character of French-speaking Brabant-Wallon, the layout rises and falls through the grounds of Château de la Bawette (which you get good sight of on the 10th tee). The present day "fortress-like" clubhouse, designed by André Jacqmain, occupies a modern construction, rather than being located in the Château itself. The club also boasts a nine-hole academy course (Les Champs), and a driving range.

Must book in advance. Maximum handicap: 30.

The stately brick and sandstone Château de la Bawette, clearly seen from the 10th tee, was built in the period 1662-67 in the style of Louis XIV. The new building was commissioned by Charles de la Bawette, a captain in the regiment of Laverne, and replaced the ruins of a former house that had burned down.

The château takes its name from a lineage that occupied the premises as early as the 14th century (Wautier de la Bawette, 1329). From around 1805 the estate was sold several times, and since 1865 has been owned by the Viscounts le Hardy de Beaulieu. The word "bawette" means loophole, a cleft through which one can see without being seen oneself. The château is not open to the general public.