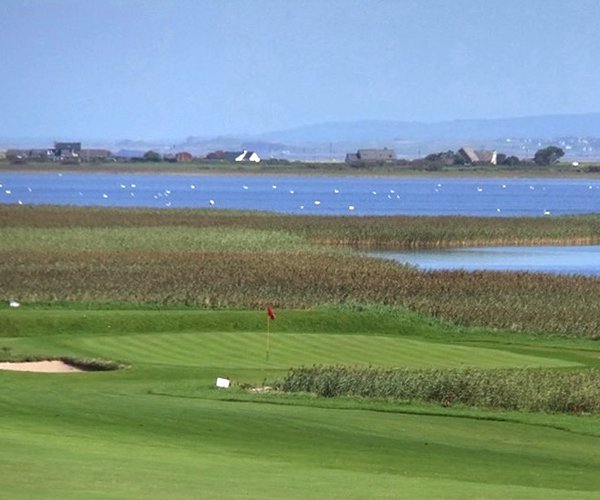 Castlegregory Golf Links is home to a wonderfully located nine-hole links course that sits beside Brandon Bay on the Co. Kerry coastline. The course nestles between the dunes that run alongside Maharees Beach on one side, and expansive Lough Gill on the other. Further details, course description and images to follow soon.

Documents from 1897 confirm that a fine 18-hole golf course existed in the Castlegregory area at that time. The course continued to be listed until around 1905, when it appears to have fallen into disuse following the reconstituting of nearby Tralee Golf Club in 1907.

In the late 1980s the idea of a golf course in Castlegregory was again mooted, not least by local man Maurice Fitzgerald, who had long harboured a desire for a links course in the vicinity. Work commenced on a nine-hole links golf course in 1989, which opened later that year.