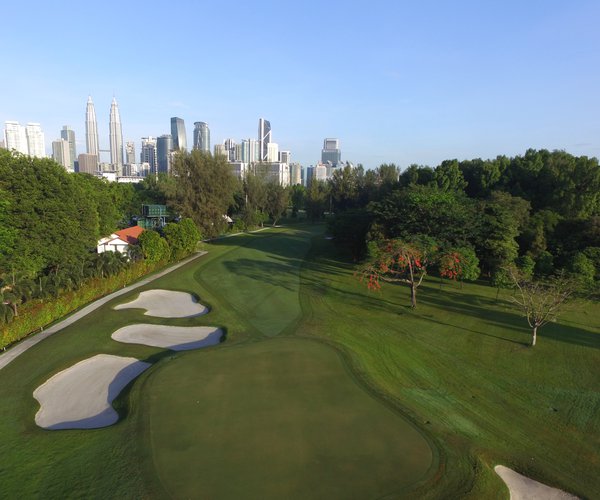 The Royal Selangor Golf Club (Old course): As well as being Malaysia's oldest golf club, Royal Selangor is home to two fine parkland courses that sit easily amongst the country's elite. The historic and longer Old Course is a championship layout that has hosted many top level tournaments, including more Malaysian Opens than any other course.

This attractive "city centre" parkland layout is characterised by flattish fairways, excellent bunkering and an abundance of mature trees, many of them over a hundred years old. Although water hazards are not too frequent on the front-nine, they certainly pose a threat on the closing stretch of the back-nine.

Royal Selangor's New course wraps around the front-nine of the Old, adding to the oasis-like character of the more revered sibling. At times it's hard to believe you are just five minutes drive from the busy environs of downtown KL. Flora and fauna co-exist here in perfect harmony, with an abundance of chirruping birdlife and friendly monkeys on hand to applaud your best shots. There's even the possibility of glimpsing iguanas traversing the grounds.

Visitors welcome on weekdays (before 8:30 am).

Visitors may apply to play at Royal Selangor through a small number of accredited hotels and Golf Tour Operators (contact Royal Selangor to obtain this list). Handicap certificate required.

Non-metal spike facility. This is a walking course; visitors not permitted to use golf carts. Caddies compulsory for visitors.

The history of Royal Selangor began when several coffee planters decided to establish a golf club in Kuala Lumpur. On Friday, Jan 13, 1893, they called a meeting through a notice in the Selangor Journal; this brief notice constituted, for all practical purposes, the founding of the Selangor Golf Club.

In 1920 the club took up residence at its present site, having been forced to move from the original Petaling Hill site. By 1931 the club could boast 36-holes, laid out as the Old and New courses.

In 1963 the Club was renamed The Royal Selangor Golf Club, following the granting of its 'Royal' designation by the country's head of state, His Majesty the Yang di-Pertuan Agong of Malaysia.