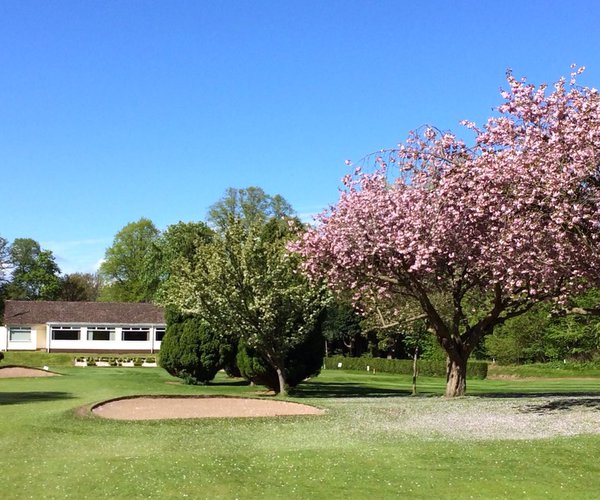 Access to Moncrieffe Island and the golf club is by a walkway alongside the railway bridge in Tay St near the South Inch. Steps half way across the bridge take you under the bridge and along a footpath to the Golf Club. Cars can be parked in the car park off Shore Rd. You should allow ten minutes to walk to the course from the car park.

King James VI Golf Club, founded in 1858, was originally located on the opposite bank of the River Tay, in an area of parkland called South Inch. The Club relocated to its current home on Moncreiffe Island in 1897, making it one of the oldest surviving golf courses in the UK. It is also believed to be the UK's only inland golf course entirely surrounded by a river.

Laid out by Old Tom Morris, this parkland course offers many fine river views from the quiet sanctuary of Moncreiffe Island. The relatively flat terrain is home to tightish predominantly tree-lined fairways that lead to small, well-bunkered greens.

The club takes its name from the tradition that James VI learned to play golf as a youth on the "Inches" (North and South) - large public parklands along the River Tay provided for common use. There is still a golf course at North Inch (also originally designed by Old Tom Morris), which is used as the home course of the Royal Perth Golfing Society, the game's first golf club to be honoured with a Royal prefix (in 1833).

James VI of Scotland, after whom the course is named, became James I of England, following the death of his cousin Elizabeth I in 1603. Arriving in London to assume the English throne, James took up residence in Greenwich Palace. Behind the palace was Blackheath, where his court introduced the game of golf to the English (Royal Blackheath is England's oldest golf club, by some margin).