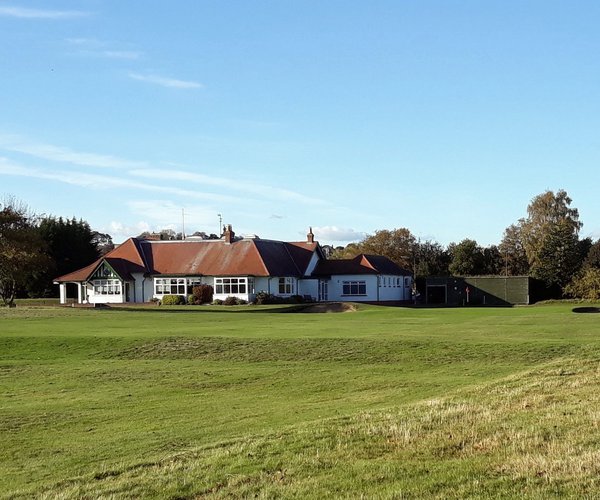 From the roundabout on the southern side of the Tay Bridge (A92), take the B946 direction Tayport. After 2 miles turn right onto the B945 direction St Andrews / Cupar. After o.2 miles turn left into Elisabeth Street. After o.3 miles golf car park is on your left.

Scotscraig Golf Club: The world's 13th oldest golf club (which celebrates its bicentenary in 2017) lays down a delightfully timeless test of golf. A mix of both heathland and links, the layout presents a fair but serious challenge, with many excellent holes to test your game. Beyond the course pleasant rural countryside rather than a seaside vista rests easily on the eye.

This Open Championship qualifying venue occasionally opens out, but more typically you'll be looking to hit it straight and true onto tightish fairways that are often bordered by gorse bushes, heather and fir trees. The par-4 7th is one of the best holes on the course, although the line and length of your tee and approach shots will require some local knowledge before you "master" this hole. In many cases a solitary bunker guards the approach to the excellent quality well-paced greens.

Relatively unchanged from the time of James Braid's redesign in 1923, the compactness of this gently undulating layout is one of its charms. But you'll also need to pay attention to adjoining fairways at some points, from where occasional stray shots may appear.

Established in 1817 (with its bicentenary celebrations in 2017), Scotscraig was active until about 1835, when the course was apparently ploughed-up and the club became relatively dormant for the next 50 years. In 1887 Admiral Maitland Dougall acquired the land on which the course had been located, and was largely responsible for reviving the golf club. | In recent years, Scotscraig has been used as a qualifying course for Open Championships held at St Andrews.