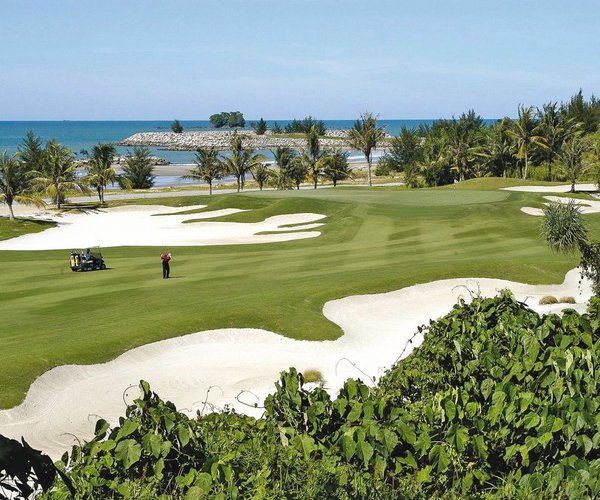 Occupying a woodland setting in Jerudong Park, the Royal Brunei Golf & Country Club course is woven into dense natural jungle. Although located quite close to the South China Sea, there are limited views of it from the course, and no holes along the seashore.

Ron Fream's well-crafted layout is frequently characterised by tight tree and bush-lined fairways, some with steep elevation changes. In addition to the obvious demands for accurate shot-making along the tightish fairways, the layout's defences also include pristine bunkers, lush ravines and two threatening ponds. The greens are generally quite small, and at the close of each nine-hole loop require a well flighted shot over water to reach the safety of the putting surface.

Must book in advance. Royal Brunei G&CC course is floodlit for night golf.

Royal Brunei is located in Jerudong Park close to the Jerudong Park Playground. Opened in 1994, the Playground cost more than $1 billion to build, which made it South East Asia's most expensive amusement park at the time.