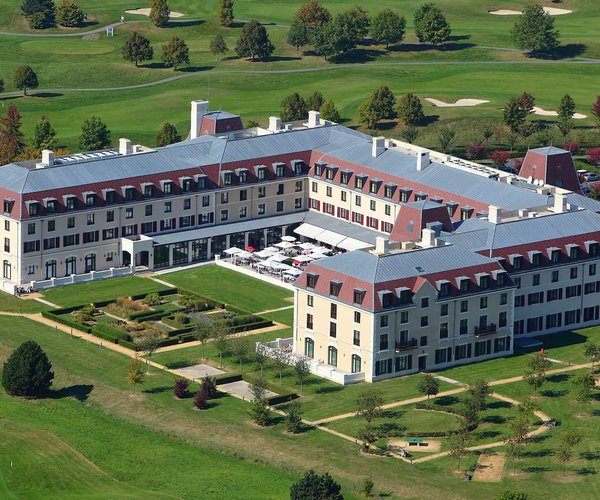 Leave A4 at Jtn 14. Follow signs for Parcs Disney and then "Golf" for approx 3 kms to Golf Club.

Golf Disneyland Paris: There are three fairly equal 9’s here - the Red, Blue and Orange - or Peter Pan, Alice and Winnie as they are sometimes called. There is not too much to differentiate them : the same relatively open terraine, occasional water, plenty of bunkers, large and firm greens, and clear evidence that the undulations come courtesy of extensive bulldozing rather than mother nature. The holes are well laid out and the rough never too punishing, so for golfers of most standards this will be an enjoyable, if not inspiring place to play. The Red and Blue combination consists of two 9-hole loops that both circumnavigate the new Marriott Hotel though in opposite directions.
List of courses: Around Paris