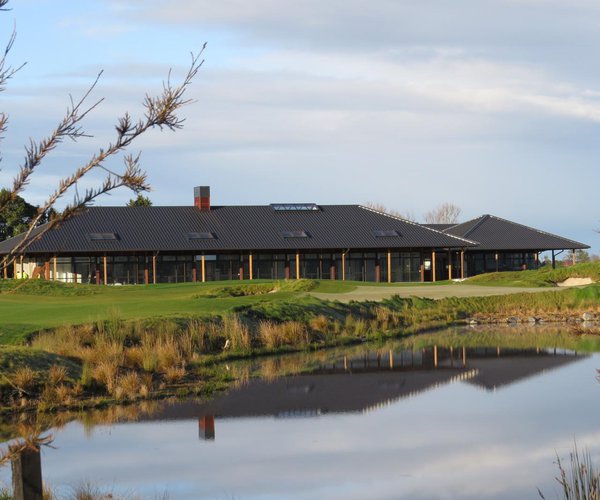 Windross Farm Golf Course: This recent addition to the golfing scene around Auckland arrived at the behest of the members of the former Manukau Golf Club. When the members decided to sell their plot alongside the Pahurehure Inlet (it was transformed into a hi-density housing development), they opted for a move inland to a new course next to the small Ardmore Airport.

Laid out on a former potato field, this not overly long links-style layout offers a mix of flat and undulating terrain, several small man-made lakes and bearded rustic-looking bunkers. "Minimalism" and an understated philosophy drove the design of the course, as well as the clubhouse and other facilities.

Windross Farm is located just outside Manuwera, a major suburb of what is now called the Auckland "Super City". Manurewa (Maori for "drifting kite") is the home of the Auckland Botanic Gardens, which welcome over a million visitors a year.