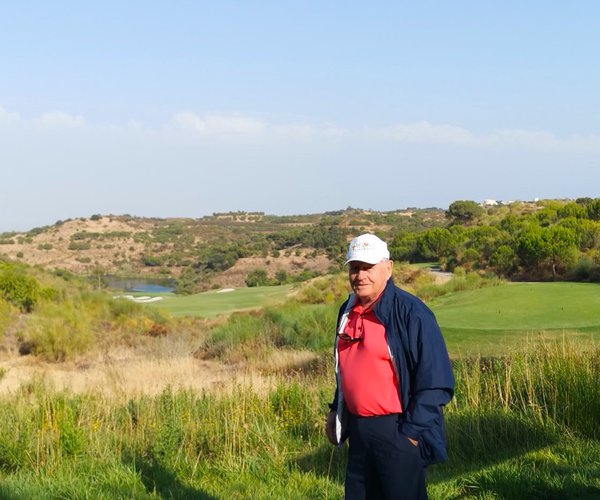 Monte Rei Golf & Country Club (North course): The masterplan for Monte Rei envisages two Jack Nicklaus signature courses. The first, Monte Rei North opened in 2007 and is widely recognised as one of the best courses on the Algarve - perhaps the best. Monte Rei South has yet to be built.

Set in the picturesque foothills of the Eastern Algarve, Monte Rei offers sweeping views of the Serra do Caldeirão mountains to the north and the Atlantic Ocean to the south. This par 72 championship layout, measuring 6,567m (7,200 yards) from the tournament tees, is a classically challenging Nicklaus design, with water in play on eleven of the eighteen holes.

A picturesque mix of native grasses, bushes and trees line the holes, without detracting from the generally open and pleasantly undulating character of the course. Each hole is excellently crafted, effortlessly blending into this natural canvas. Several fairways and greens are bordered by lakes as well as the indigenous flora. The water hazards are complemented by ingeniously shaped and sculpted bunkers. Impressive presentation and attention to detail are clear to see.

The North course features an enjoyable series of eight par-4s, five par-3s and five par-5s in a testing and distinctive layout. It will be joined in the future by a second Jack Nicklaus Signature Design, Monte Rei South.