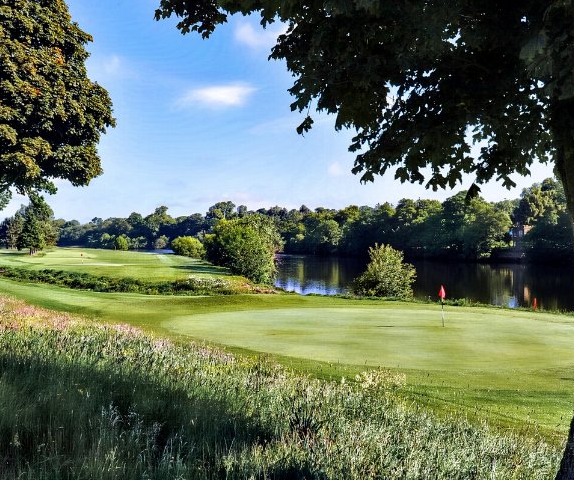 The above distances are for the North Inch Golf Course, the "home course" of the Royal Perth Golfing Society.

Royal Perth Golfing Society is a private golf club, whose members play their home matches on North Inch Golf Course, an original Old Tom Morris layout open to the public. In fact, Royal Perth is one of only four 'Royal' golf clubs in the UK that plays on a public course shared with other golf clubs. The members of the Royal & Ancient Golf Club of St Andrews, Royal Montrose and Royal Epping Forest also play on "shared" public courses.

NORTH INCH GOLF COURSE: Located on the banks of the River Tay, the North Inch layout is one of the world's oldest golfing venues. As others have done for over 500 years, you can enjoy a pleasant mix of tree-lined and more open holes in a quiet parkland setting. Modern championship length, penal bunkering and roller-coaster greens may all be absent, but over the course of several centuries North Inch has been enjoyed by its members and visiting golfers alike.

Although North Inch's length may not measure-up to full championship standards, its longevity cannot be questioned. Golf has been played here since at least 1450. In that year King Robert II forbade the playing of golf on "the Inches", urging people instead to practice archery in preparation for an invasion from south of the border!

There are now over 65 'Royal' golf clubs around the world, created by a British monarch exercising his or her royal prerogative. All but four of them are located in the Commonwealth of Nations. The four exceptions are: Curragh (Ireland), Dublin (Ireland), Homburger (Germany) and Marianske Lazne (Czech Republic). Two clubs conferred with the 'Royal' title by a British monarch, subsequently dropped 'Royal' from their name; they are Hong Kong GC and Singapore GC (now Singapore Island CC).