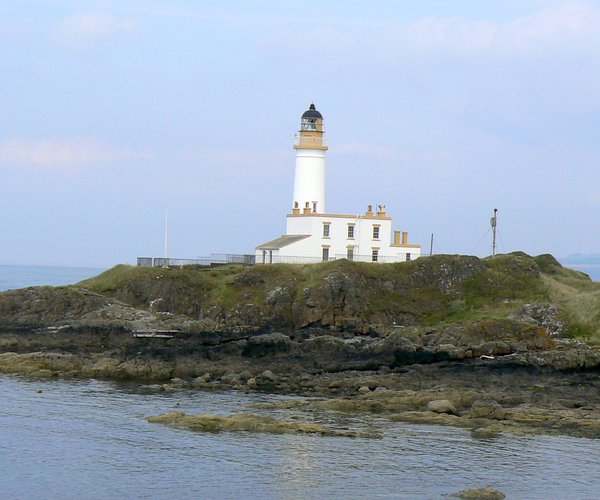 Above distances are for the Ailsa course. Also at Trump Turnberry is the 18-hole King Robert the Bruce course (par-72, 7203 yards from back tees) and 9-hole Arran course (1,996 yds from back tees).

Follow the A77 south past Ayr, direction Maybole. Continue on the A77 through Maybole. After 7 miles turn right onto the A719 direction Turnberry. After approx o.4 miles turn left into golf.

The Ailsa course at Trump Turnberry is one that justifiably ranks alongside the world’s best. From first to last you will enjoy top-calibre links golf, accompanied by many stunning views known the world over in golfing circles. The Turnberry Hotel looks down proudly on the course from its hillside perch. One of the more famous lighthouses in golf often guides your way. In almost constant view is the Atlantic Ocean, with the volcanic pudding-bowl Ailsa Craig rock sitting just a few miles offshore.

The course itself is characterised by a succession of really memorable golf holes that thread their way through impressive and constantly undulating sand dunes. The first three holes pose a tough opening, particularly when the wind blows from brooding Ailsa Craig.

From the 4th to the 8th, the coastal scenery is magnificent as the course weaves through the sand hills. And so to the mighty par-4 9th. Laid out on a stony ridge on the edge of the sea, this is Turnberry's trademark. The iconic lighthouse casts shadows over the 13th century ruins of Bruce's Castle, the reputed birthplace of Scotland's hero king Robert the Bruce. The narrow path to the tee and the drive across the corner of the bay fills players with fear and trepidation.

Always maintained in excellent condition, Turnberry's Ailsa course is a seaside links of great stature. It has provided a fitting stage for some of the most memorable "duels" in the history of the Open Championship. In 2009 it very nearly produced The Open's oldest winner ..... but inexcusably the golfing gods denied Tom Watson this honour, as he bogied the final hole and lost the ensuing playoff to Stewart Cink.

Named after the third Marquess of Ailsa, who owned the land on which it was built, Turnberry's No.1 course has staged countless major competitions, including the Open Championship, British Amateur, British Women's Open, British Seniors Open, Walker Cup and PGA Match Play (see our Tournaments section >by Venue >Turnberry).

The war memorial in the centre of the Ailsa course pays tribute to the airmen who lost their lives flying missions from the Turnberry airstrip. The airstrip separates the Ailsa from the King Robert the Bruce course.