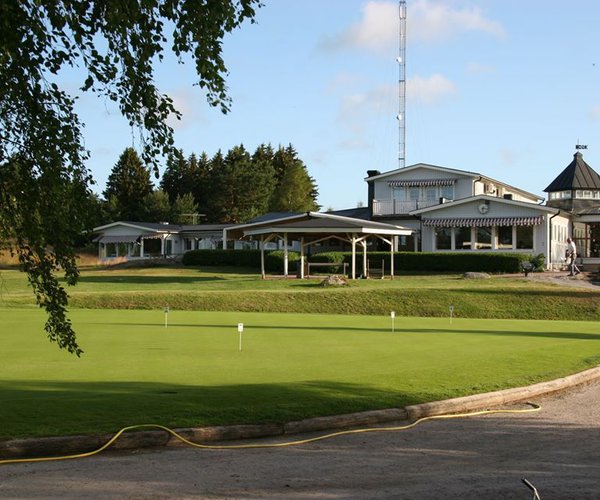 Take the E18 from Stockholm towards Enköping and take exit 148 (Bro/Skokloster), and follow direction Bro. After 1.7 km follow sign to Balsta and go over railway bridge (ignore sign to Bro). After 1.5 km turn left at Bro-Balsta golf sign. After 100m entrance to golf is on your right.

Bro-Bålsta Golfklubb (Championship course): Most of this very well presented golf course occupies undulating terrain in an attractive and natural forested setting, giving the opportunity for course architect Peter Nordwall to test all facets of your game. From the many elevated tee-boxes it is important to find the right spot to provide a good line into the often large and undulating greens - to score well good course management is essential. The front nine, in our opinion, has the most attractive holes with some of the back-nine going into a slightly more open and rural landscape. Overall, all the holes are well-designed and some, like the par-5 1st or the par-5 6th are glorious to the eye. An excellent golf course, within a quiet woodland setting - no wonder the young Sorenstam's were inspired to achieve greatness.

Must book in advance (visitors can book 3 days ahead of day of play). Maximum handicap: men 30; women 32.