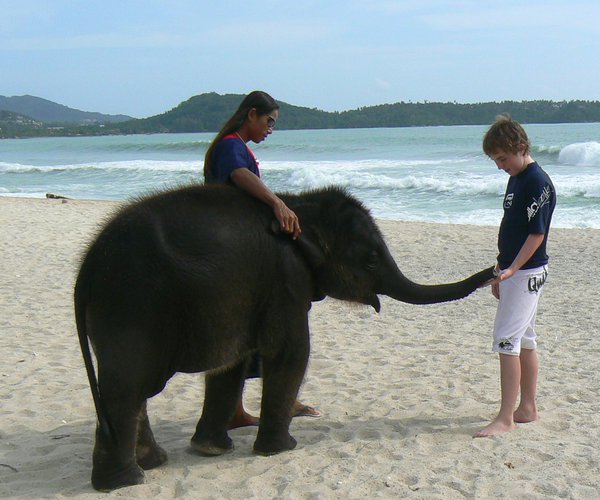 Above distances are for the Loch Palm course. Next door, and also owned by MBK Golf, is the 18-hole Red Mountain course (par-72, 6781 yds from back tees).

Loch Palm Golf Club: In danger of being overshadowed by the dramatic rock formations and contouring of its younger sibling (Red Mountain), Loch Palm remains one of Phuket's most popular and enjoyable layouts. Nestling beneath a panoramic range of jungle-clad hills, it is easier-going and less undulating than its neighbour. But make no mistake, it too throws down many challenges and will giving your overall game a thorough workout.

On the front-nine your main objective is keeping "dry". Many holes are played alongside the loch (a sizeable lake), which has a habit of cutting across and into the gently undulating fairways. The short par-5 2nd is one of many holes that will test your nerve around water. A significant amount of open bunkering also comes into play, and if you should be too wayward, then a growing volume of perimeter-lining real estate might also be in the firing line.

The back-nine has some tighter and more undulating holes, starting with the short but testing downhill par-4 10th. The equally tight and challenging par-5 11th has villas flanking the leftside of the hole - be ready to shout "Fore!". Among several excellent holes on the back-nine, the par-3 14th is played downhill to a green surrounded on three sides by water.

As the club's name suggests, the impressive loch features prominently in proceedings, while palm trees are liberally dotted around this parkland layout, although never too densely.

The driving range is the Loch itself, and can cope with drives of over 400 yards. To date, not even the world's longest drive champions have cleared the lake.

In deference to golf's Scottish origins, the very sizeable lake here is referred to as the Loch; adorning its banks and lining the neighbouring fairways are many palm trees (hence Loch Palm). The loch was originally created as a result of substantial open-cast tin mining. The club logo suggests that a Thai cousin of Scotland's famous Loch Ness monster might inhabit the deep waters of Loch Palm!