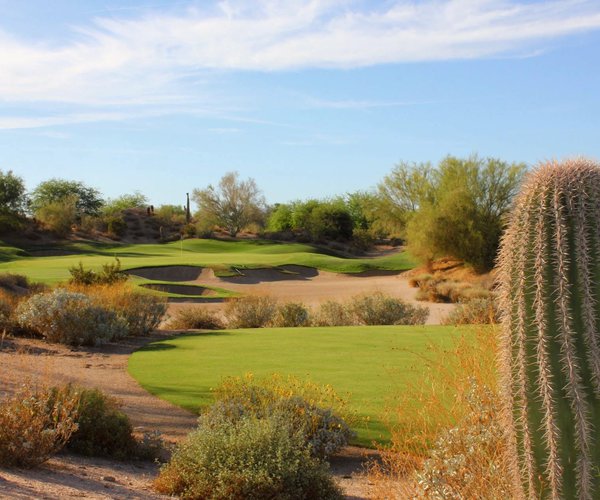 Grayhawk Golf Club (Raptor course): In his younger days as a resident of Scottsdale, this is where Phil Mickelson honed his irrepressible golfing skills. Of the club's two excellent championship layouts on which the young "leftie" played, the Raptor probably just edges it over the also very good Talon course.

The Tom Fazio-designed Raptor layout is characterised by tightish, lush fairways, huge and often deep greenside bunkering and wonderfully undulating greens that will fully test your putting skills. Housing around the course is limited to a few discrete single-storey buildings, nothing to detract from the excellence and naturalness of the golf course. On the back-nine the wonderfully scenic backdrop of the rugged McDowell mountains also adds to the framing of the holes.

Grayhawk is a first-class golf club in all respects, definitely one to include on your Scottsdale play list, even if the green fee is perhaps heftier than some others.

Grayhawk Golf Club was formerly the home club of Phil Mickleson. Phil's Grill is one of an array of excellent facilities in the splendid clubhouse. | Both Grayhawk courses have hosted an array of top quality events; the Talon course hosting the 1995 Andersen Consulting World Championship of Golf, won by Englishman, Barry Lane.