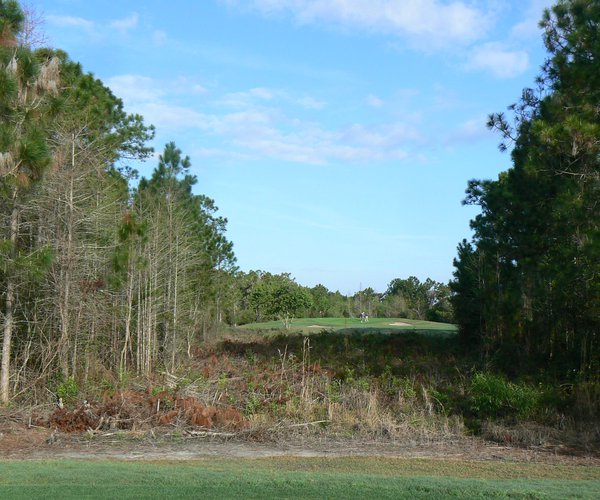 The Golf Club at Cypress Head

The Golf Club at Cypress Head

The Golf Club at Cypress Head: owned by the City of Port Orange this quiet, good-looking course was excellently designed by Arthur Hills. The layout weaves its way through a mix of residential and natural environments. Any housing is generally set well back allowing moss-laden oaks, palmettos, pines and occasional palms to give the course a predominantly natural feel.

Several holes skirt alongside large woodland areas, while others are bordered by wetland and small lakes. Not too many bunkers have been used, allowing an easier approach into many greens than would be the case if the bunkering was more expansive and threatening. Light but attractive mounding gives good definition to the generally good width fairways.

Water is in play on several holes, tightly flanking a number of the fairways and menacingly lurking alongside six or seven of the excellent quality, subtly undulating greens. Although not Arthur Hills most dramatic design, Cypress Head will always provide a pleasant outing when golfing in the Daytona Beach area.

Pick of the holes: the back-to-back par-3s at 6 and 7 are both played in an attractive pine-forested setting. The par-4 14th is one of the holes curvaceously wrapped around a large pond, water a constant threat to anything hit too far left.

Cypress Head is operated by KemperSports, who operate a broad portfolio of courses in the US and the Caribbean.