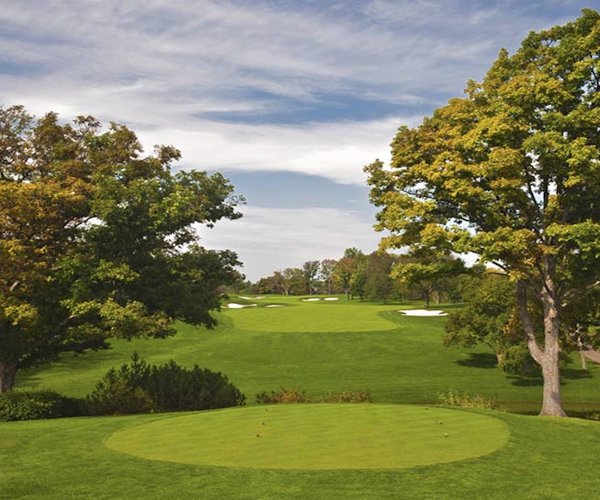 Muirfield Village Golf Club is home to a championship course that ranks with the world's best. Sometimes referred to as simply "Jack's Place," Muirfield Village Golf Club was the inspiration and masterly creation of Jack Nicklaus. He acquired the land in 1966, and designed the golf course with input from English-born course architect Desmond Muirhead. Construction started in July 1972 on a layout that took its name from Muirfield in Scotland, the scene of the "Golden Bear's" first Open Championship victory in 1966.

Here in the leafy outer suburbs of Columbus, Ohio, you will find one of the USA's most admired tree-lined parkland layouts, with an outstanding array of excellently crafted and challenging holes to play. Golf courses don't get any better than this.

Limited access: this private course is generally playable only by members and their invited guests.

Muirfield Village has been home to the PGA Tour's prestigious Memorial Tournament since 1976, as well as hosting Ryder Cup, Solheim Cup and Presidents Cup matches, US Amateur and Junior Amateur Championships and the Wendy's Three-Tour Challenge (see our Tournaments section >by Venue >Muirfield Village).