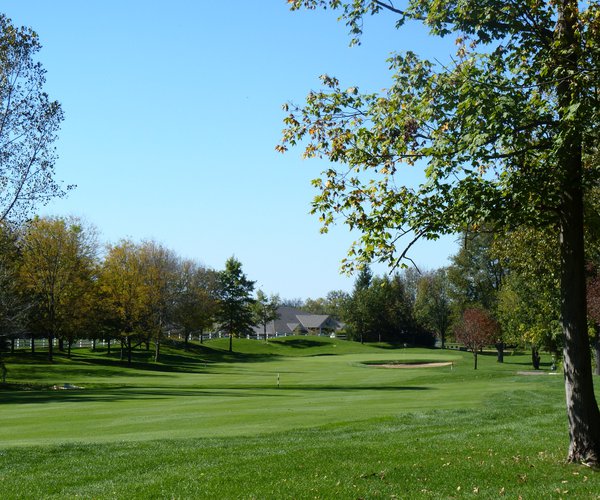 The Golf Club at Yankee Trace

Above distances are for the Heritage/Legend combination. At 3186 yds from the back tees, the newer Vintage-nine is shorter than the other two nines.

The Golf Club at Yankee Trace

The Golf Club at Yankee Trace is home to a well-rated and always popular golf course. This tree-lined and open parkland layout should not disappoint, with many attractive features and several excellent holes to enjoy. Plenty of golfing challenge, a well-crafted design and usually good upkeep all contribute to the appeal of this course. One to include on your play list if you are in the area.

Excellent (including a double-ended driving range).

Outside the United States, "Yankee" or "Yank" can be used to refer to any American, including Southerners. The term "trace" is used in American-English for a track or path.