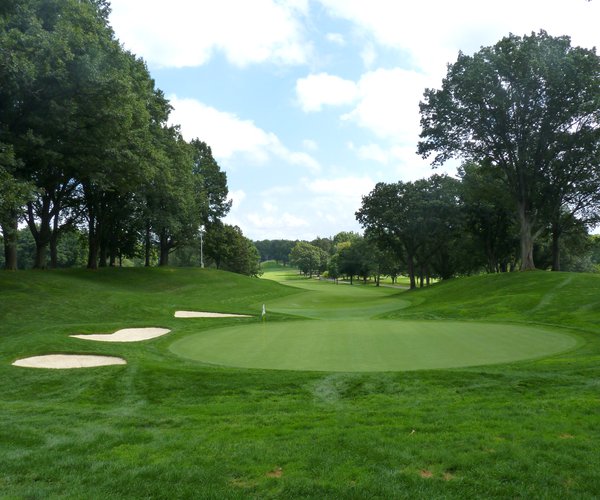 Above distances are for the East course. Also at Oak Hill CC is the 18-hole par-71 West course (6781 yds from back tees).

Oak Hill Country Club is home to two championship layouts, the world-renowned East course and and the also excellent West. In the East course you will find one of the United States' most admired tree-lined and open parkland layouts, with an outstanding array of excellently crafted and challenging holes. The layout is famed for its beautiful trees, rolling hills and narrow fairways. Golf courses don't get any better than this. However, this is a private club with its courses generally playable only by members and their guests.

Oak Hill is a private club. Guests may only play if hosted by a member.