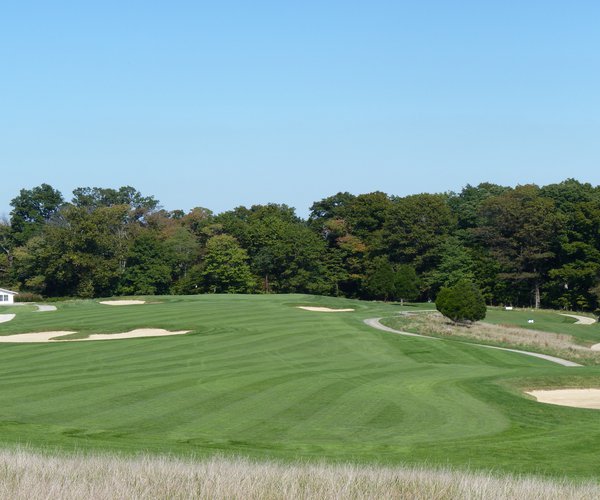 The Donald Ross Course at French Lick: Two iconic hotels and four golf courses (including the revered Pete Dye and Donald Ross courses) all contribute to the fabled French Lick Resort. At the resort's centre, the French Lick Springs Hotel is an American classic. Just over a mile to the north you'll find the European styled West Baden Springs Hotel, with its extraordinary atrium.

Located just two miles southwest of the French Lick Springs Hotel you'll find the resort's Donald Ross course (originally called the Hill course). This well-rated and always popular layout gets away to an excellent start, with the elevated first tee providing an inviting view over much of the front-nine. A mosaic of undulating fairways, striped grassy rough, a light scattering of mature trees and open fescued terrain is all laid out before you. A similar view greets you at the start of the back-nine loop.

This relatively compact and always undulating layout is home to generally good-width fairways, although some tee shots will feel a bit tighter, especially on the back-nine. Stylish bunker defences increase in severity as you approach the often elevated greens. With the folding elevation changes come a number of blind tee and approach shots. There's also one or two intimidating ravines to be crossed, not least in front of the par-3 6th green and at the long par-3 13th.

Dating back to 1917, this classic course was designed by legendary architect Donald Ross. In 2006, in collaboration with the Donald Ross Society, the layout underwent a $5 million restoration. During this time, 80 of Ross’s trademark flat-bottomed, deep gnarly-faced bunkers were put in place, 35 of them original to Ross's design. Also restored and expanded were the severely undulating greens, typically square or rectangular in shape.

Walking only with permission of Pro Shop staff. Golf carts are fitted with GPS.

The Ross Course was originally known as the Hill Course. Seven years after it was designed by Donald James Ross in 1917, the course hosted the 1924 PGA Championship, won by Walter Hagen. The course has hosted LPGA Championships and Senior PGA events in the years since (see our Tournaments section >by Venue >French Lick).

The local town of French Lick was originally a French trading post, built near a spring and salt lick. A mineral or salt lick is a natural mineral deposit that is sought out by animals, providing them with essential mineral nutrients.